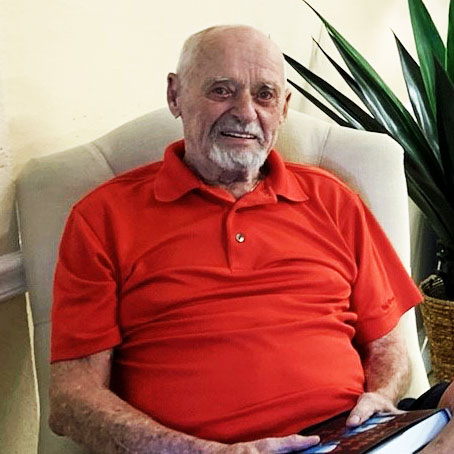 Donald Smith Edwards passed away peacefully in Tarpon Springs, Florida on June 1, 2022.  Donnie was born on September 8, 1937 to E. Perry and Dorothy Baker Edwards. He and his siblings David, Deanna, and Judy grew up in the Old Homestead on Hedge Street overlooking West Harbor.

Upon completion of his schooling at the Fishers Island School (Old School), Donnie joined the Navy in 1956. He was a Cryptological Technician Seaman on the USS Balao (SS-285) Submarine and truly enjoyed serving his country. During Donnie’s service, he earned the submariner warfare badge aka “Dolphins” that he was most proud of. His last Naval duty assignment was in Karamursel, Turkey in 1960. When not out at sea, he was a member of the Navy’s bowling team and twice bowled a 299 – just one more pin Donnie.

After leaving the Navy, Donnie returned to Fishers Island and raised three children with Laura Woodford Edwards. He was an electrician by trade and worked primarily for Gada Contracting and the Fishers Island Utility Company. After leaving Fishers Island, he was the engineer on the Entrepreneur, a luxury cruise ship out of New York City and Florida. Donnie then settled in Florida where he worked for the Innisbrook Golf Club and Pinellis County until he retired.  During this time in Tarpon Springs, Donnie met his wife of 20 years, Gladys Powers Edwards.

Besides bowling, some of Donnie’s favorite activities were fishing, hunting, and golfing. Any time he returned to Fishers, he would roll rocks for crabs and go black fishing (tautog). He was very proud of the accomplishments of his children and grandchildren. Dad’s constant smile will be truly missed but the memories of good times will live on with so many of us.

Per Donnie’s wishes, his final resting place will be at the National Cemetery in Bushnell, FL.

The family will be holding a private memorial service at a later date.