What to do at the Museum this month: Explore Land Trust Trails 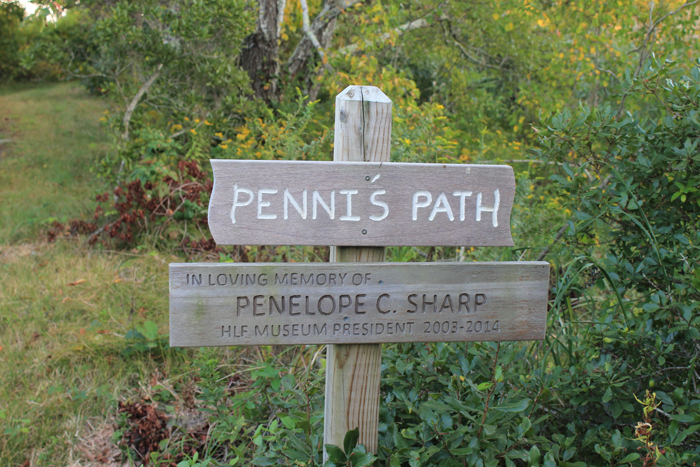 As autumn sets in, it’s the perfect time to hit the trails of the H.L. Ferguson Museum’s Land Trust to soak in the changing colors of the season and explore Fishers Island’s hidden gems. Penni’s Path, named for Penelope C. Sharp, the museum’s president from 2003 through 2014, is just such a spot—a beautiful trail that offers both forest and grassland ecologies, plus ocean views and bird life.

To get started, park at the driving range and enter the trail just across the bike path. The trail starts in a small maritime woodland and journeys along the side of Island Pond. Large black oaks shade the path and, a short way down, a spur on the right leads to a lookout in a small grove of native sassafras trees where a bench has been placed in memory of Penni. It’s a tranquil spot from which to sit and watch the birdlife on the pond and enjoy views out to Block Island Sound with Montauk in the distance. 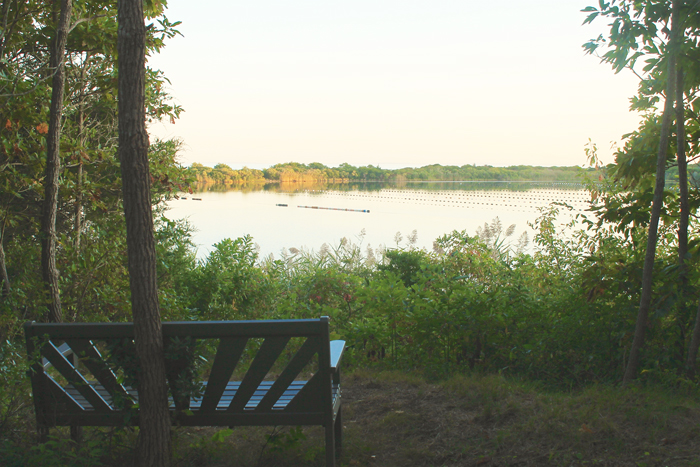 From there, continue down the path filled with black cherry and bayberry bush as the woods give way to grassland with golden and red autumn hues. The sky opens up and you’ll see an osprey nest in the distance. (The platform was found off the beach near the 15th hole of the FIC golf course by Ken Edwards in 2011. Wayne Doucette and JR Edwards erected it atop a telephone pole near Beach Pond and ospreys reclaimed the nest that spring.) 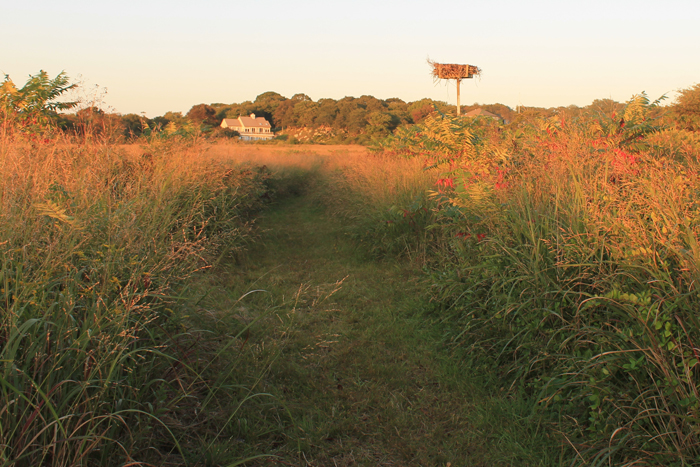 As you follow the trail there are two more spurs with lookouts over Beach Pond, where bufflehead, mergansers and great blue herons can often be seen. Circle back through the open grassland on one of several mowed pathways that run through it. Watch for the last of the wildflowers, birds flittering through the different species of grass, and hawks flying overhead. 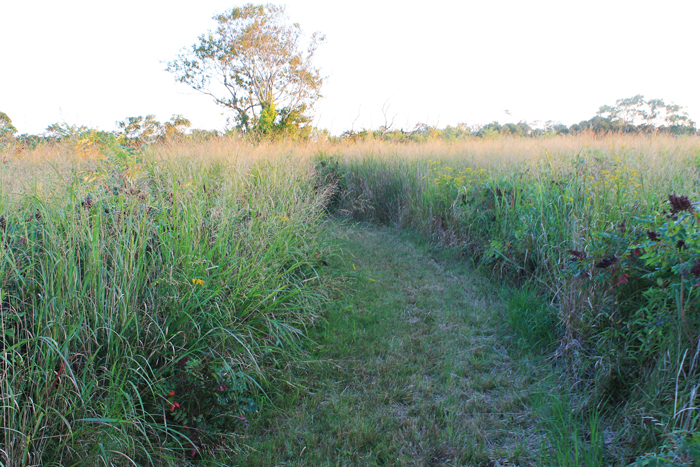 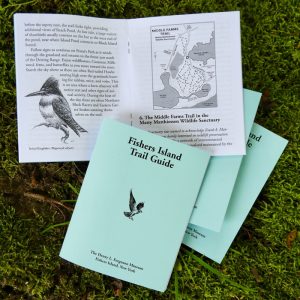 Did You Know? The Museum’s Land Trust has protected over 350 acres on Fishers Island as open space. A new trail guide is available at the museum and details 10 walking trails and paths to explore throughout many of the Land Trust properties. 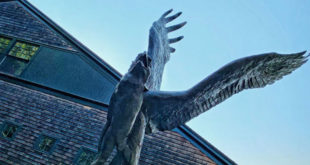 What to do at the Museum this month: Enjoy the Museum’s new website

The Museum has a new website coming this week!