Theater Screening of Five Season’s: The Gardens of Piet Oudolf

On Sunday, August 19th, Friends of the Fishers Island Theater will screen, “Five Season’s: The Gardens of Piet Oudolf”, a documentary produced and directed by Thomas Piper.

Oudolf, best known for designing the gardens along the High Line in New York City, the Battery Garden in Brooklyn and the Lurie Gardens in Chicago, is the patriarch of the Dutch Wave movement.

Not so much a designer as a plant artist, he layers perennials with grasses by the thousands resulting in a progression of life and death that is at once beautiful in its full glory and beautiful as it wanes and eventually dies. The result is a garden that looks as if nature itself had planned it if nature had Piet Oudolf as the designer.

Piper follows Oudolf through two growing seasons at his home in Hummelo in Eastern Holland and mostly at Hauser and Wirth, an art center in Somerset, England although many other projects are featured as well. Piper’s film is less documentary and more a downright elegy to Oudolf who at 73 is alive and well!

Runtime: 1 hour 16 minutes with a Q and A afterward with Thomas Piper 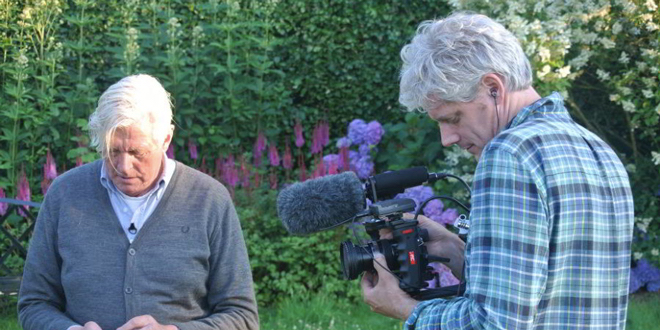