Ian T., a junior at Fishers Island School, has been interning at the Fishers Island Ferry (FIFD) and earning school credit. This project started a year ago when Mrs. Giles, the school science teacher, asked her students if they were interested in an internship with the FIFD, and Ian eagerly showed interest.

A year later, he is still working for the ferry every weekend during the school year. Ian operates the first two boats, working from 8 am to 12 pm. As he works, he is responsible for backing cars on to the ferry and preparing the boat for its next run. His internship with the FIFD also led to him earning a paid position in the freight office this summer.

When asked about his favorite day interning for the ferry, Ian described the day he went to the shipyard with a few crew members and saw the ferry out of the water. He couldn’t believe how big it was while standing next to it on land–162 feet in length, a 34 feet beam, and a draft of 9 feet.

As he excitedly explained how the ferry has engineers, captains, and deckhands, I could tell how passionate he is about working for the ferry. He said that if he worked for the FIFD, he would want to be a deckhand because there is a demand for that position.

Due to the experience he has gained, Ian is already on his way to earning certifications. To earn an Operator of Uninspected Vessels (OUPV) license, one has to be 18 years old and have 360 days at sea, 90 of which are in the past year. He already has enough hours and will be able to get his license when he turns 18.

Ian’s time on the Fishers Island Ferry has fostered great friendships with other employees and allowed him to gain practical skills. His long term goal is to earn his Unlimited Certification, a license which permits him to drive large commercial vessels like the ferry. 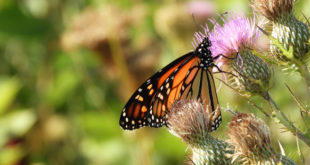