Over the past two decades, Fishers Island Electric has researched three forms of renewable energy generation: wind, tidal and solar.  The island’s current source of supply from the New England grid via an undersea cable from Groton Utilities has proven reliable for decades and is expected to remain so.  Renewables, however, offer carbon-free generation, enhanced energy security and, potentially, a hedge against rising costs of conventional power.

The research shows that renewables face technical, regulatory and economic challenges, some of which are unique to the island.  A way forward is becoming clearer, though it will require overcoming significant obstacles.

Wind Energy. Onshore, studies commissioned by the Electric Company over a decade ago indicated that the airfield is the only viable location on the island for a mini-wind farm of several turbines.  The airfield has the best wind profile with little topographical interference and, given some concern with generator noise, has the benefit of some distance from residential areas.  However, abandoning the airport in order to install wind turbine towers would likely be a non-starter for the island community and the Town of Southold, which owns the airport.

Offshore, the Electric Company has considered whether it might tap into any of the wind farms being developed far offshore of Montauk and Block Island.  To date, the Company is unaware of any plans to route transmission cables near Fishers Island from these projects.

Tidal Energy.  In 2015, the Electric Company consulted a developer of tidal power on the viability of installing tidal turbines in The Race.  The evidence available indicated that the tidal velocities in The Race are insufficient to make the tidal turbines currently available cost-effective.  An application to the New York State Energy Research & Development Authority for grant funding for a survey to confirm velocities in various water columns in The Race was denied because the Authority views tidal technology as unproven.  Given the costs for further research and the limitations of turbine technology, the Electric Company did not pursue tidal energy.

Solar Energy.  The Electric Company first considered in 2013 whether it could take electric power from a house built with a solar photovoltaic system on its roof.  Proposals for a solar farm on the Pickett Landfill were considered in 2014 and 2017.  These initiatives highlighted two technical challenges to incorporating solar or other renewables into the island’s energy mix.

The first is load balancing.  The entire demand for electric power on the island, the “demand load”, is met today with power supplied by Groton Utilities.  Taking power from a second source, such as a solar farm, will require “load balancing”, controlling power input from two sources so that it matches the demand load.  Additional infrastructure will be needed, as well as operating agreements among Groton Utilities, the Electric Company and whoever owns the second power source.  Load balancing will get more complex if power input to the island’s electric grid comes from multiple sources such as solar panels on houses and commercial buildings.

The second technical challenge is the seasonality of the demand load.  The island’s demand for electricity fluctuates significantly between its low point in winter and peak in summer.  Micro-generation capacity, from solar panels or otherwise, that can meet the low demand could be used year-round.  Generation capacity beyond that might make sense to supply high demand load in summer, but would be under-utilized and wasted in lower demand periods.

An electric utility generally is required to maintain electricity distribution infrastructure with enough capacity to provide 100% of each customer’s power needs, even if some customers, at times, use solar or other renewable sources of power.  Maintaining that capacity represents a fixed cost that the utility recovers in electric rates, which include a “capacity charge” component.  Yet rate revenue from a customer that uses its own renewable generation typically drops.  The customer buys less power from the electric utility.  In addition, under “net metering”, revenue from power the customer does purchase is reduced by credits for surplus renewable power the customer does not use but supplies to the electric grid.

Faced with such a reduced revenue scenario, Fishers Island Electric would have to increase rates to recover its fixed costs, resulting in higher electricity bills for customers, including those who do not have renewable energy facilities.  An upward spiral of rates could drive still more customers, if they could afford it, to install solar or other renewable power generation, compounding the problem.

In effect, although more renewable generation would be good for green energy, it could conflict with the Electric Company’s policy goal of recovering its fixed costs in a way that is fair and keeps electricity as affordable as possible across the community.  To accommodate net metering, the Company would need to introduce a system charge, applicable regardless of power consumption or net metering.  Revenue would have to increase to cover the financing of load balancing infrastructure as well as a costly rate study required by the Public Service Commission to help it evaluate whether the new rate structure unfairly impacts different groups of customers.

The challenges of designing fair rate structures and revenue recovery is the reason small electric utilities like Fishers Island Electric are not required to offer net metering.

Given its other investment needs, the Electric Company cannot justify to its ratepayers or the Public Service Commission building its own renewable generation capacity, especially with the risk that the power produced would cost more than power purchased from Groton Utilities.  Similarly, if renewable generation capacity is built by others, the Electric Company cannot commit to purchasing the power produced unless the price is competitive with Groton Utilities.  The Company has not yet seen a proposal that addresses the competitive cost challenge.

Another challenge to renewable power developers generally is the uncertainty of subsidies and tax incentives for renewable energy.  Government tax credits for construction are changeable.  State tax credits for building renewable generation facilities in New York may not be available if the power is transmitted out of the state to Connecticut and the New England grid.  In New York, rate subsidies are not currently available to enable renewable power producers to sell their power at rates low enough to compete with power from conventional generation.

Despite the challenges, renewable energy is being incorporated into the Electric Company’s plans for modernizing the electricity infrastructure on Fishers Island.  The modernization has three goals: (1) updating obsolete and aging infrastructure, (2) expanding the infrastructure to supply higher demand loads and (3) integrating renewable on-island generation.  Planning is needed to ensure that these goals are addressed in a coordinated and cost-effective way.

Three main issues have to be addressed.  First is how to ensure the ability to load balance power supplied from micro-generation, which may be configured in different ways.  Solar power, for example, could come from individual houses, from a solar farm, or from micro-grids.  These grids are small networks that share renewable power generation and power storage but at times produce surplus power in excess of the network’s needs.

The second issue is how to make development of renewable generation cost-effective.  It will be less economic to build micro-generation capacity that produces power in excess of the island’s lowest average demand during the off-season if that excess capacity cannot be fully utilized all year long.  The Electric Company might be the off-taker for some of the surplus power during higher demand periods.  But power beyond the needs of the Electric Company will be lost unless it can be sold to a purchaser off-island.

This leads to the third main issue: how to plan for an additional undersea cable that provides more power transmission capacity than is available with the present cable.  Among the justifications for a new cable is that it would provide capacity for producers of surplus renewable power to deliver and sell that power to an off-taker on the mainland.

Modernizing the island’s electricity infrastructure with these issues and goals in mind will take time, engineering studies and, eventually, financing, supported by rate increases.  The challenges to bringing cost-effective renewable generation to the island are significant.  A number of modernization projects will have to take priority over renewables.  The technical and regulatory environment will continue to change.  But the Electric Company fully supports renewable generation as an objective and looks forward to the community’s continued interest and support in achieving it. 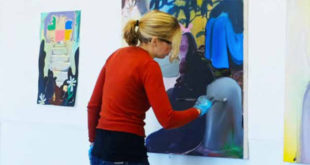 We expect to resume our Fellowship Program, with a smaller group of fellows and a physically-distanced program, in October.