Despite some protest from residents and realtors at public hearings, the new rental code was passed unanimously. 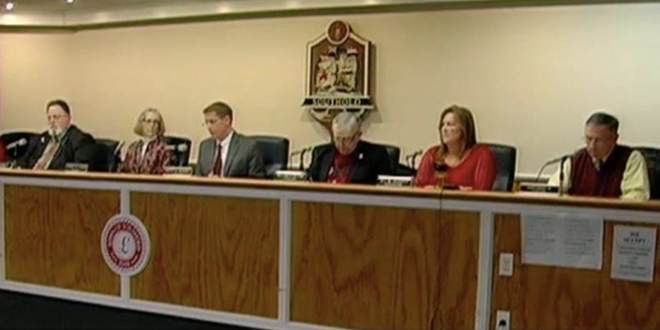 The aim of the legislation is to ensure public health and safety, officials said. According to the code, there are “serious conditions arising from non-owner occupied rental of dwelling units in one, two and three family and multiple dwellings that are in violation” of state fire, building and electrical codes. “Many of these dwellings are inadequate in size, overcrowded and dangerous, and such dwelling units pose hazards to life, limb and property of residents of the town and others, tend to promote and encourage deterioration of the housing stock,” and create blight and excessive traffic and parking concerns.

The new legislation will require that homeowners renting their properties obtain a rental permit; rental fees will be set by the town board by resolution.

The rental permit application will include information including the owner’s name, address and phone number, a description of the unit, including number of rooms, dimensions and use of each room, and maximum number of persons occupying the unit.

Homeowners can either have a town official conduct the inspections or hire their own licensed engineer, the legislation states. Also, all rental properties containing eight or more rentals will be required to have a designated site manager. No rental permits, however, are required for residential care facilities.

The legislation also states that no real estate broker or agent shall list or advertise a unit for which a current rental permit has not been issued by code enforcement.

Penalties for violations are listed as not less than $500 and not exceeding $5,000 or imprisonment not to exceed 15 days, or both, for conviction of a first offense. The fine increases to $1,000 or not more than $10,000 for imprisonment for a period not to exceed 15 days for conviction of the second of the two offenses, both of which were committed within five years.

The issue has been the center of heated debate in recent months, with many turning out initially to oppose the legislation, and others in support.

At Tuesday’s town board meeting, East Marion resident Anne Murray urged the board to enact the legislation. “It’s a long time coming,” she said. “We need safe housing for everybody.”

Councilwoman Jill Doherty, who took the lead on crafting the code, spoke before voting: “This has been a struggle for all of us for years. I don’t like any time that we have to make more codes or law.” But, she has said often in past discussions, there is a need to strive for public safety.

“I had wrestled with this,” Southold Town Supervisor Scott Russell said. “I actually had some reservations. The original legislation was admittedly perhaps over-prescribed, but it’s been stripped down to the most basic, very straightforward provisions and addresses health and safety. I hate passing new restrictions if we don’t have to, but people should keep in mind that we’ve loosened the code in the past few years and made accessory apartments much easier to get. When you loosen the rules in one respect,” he said, there is a need, by the same token to ensure public safety for renters.

And, the board has maintained, rental codes exist in Riverhead, Southampton and East Hampton towns.

To read A local Law in relation to Rental Permits in its entirety visit this link.