Letter to the Editor: Why Rush?

Decisions made in a vacuum are bound to offend. They set the stage for reactive, emotional dialogue that is inevitably divisive and unconstructive. The implications and consequences of the proposed Walsh Park development go far beyond the boundaries of Winthrop and Equestrian. They impact important social, political, and legal issues, some irretrievably. Is it proper that the issue has been remanded to Southold to settle? More importantly, is a rush to judgment either prudent or necessary?

Amongst the many letters to Southold, both in support and against, are assertions and opinions, though well-intentioned, are not supported. They highlight how little we know and are aware of some essential data that are critical for making informed decisions. What percentage of the local population is housed by Walsh Park? What percentage housed by institutions? How many residents owe their housing to their jobs? These are fundamental and knowable. They are just part of the awareness needed before larger issues can be addressed. What is the right kind of affordable housing? Is there a preferred blend between rental and ownership units? Should there be a limit to institutionally controlled units? These and other questions concern the island-wide community, but they have yet to be addressed.

Understandably, the island in general and ICB, in particular, have been distracted and dominated by COVID 19. The focus has been to keep it at bay. But COVID is bound to have other impacts. Will the island be perceived as a refuge and haven from the cities? Will such a perception greatly augment the year-round population? What will the impact be on the school? The future has never been certain, COVID makes it even murkier.

Given the above concerns, which are just a small piece, does it make any sense to rush to a resolution? The agreement between the school and Walsh Park can easily be extended without harm. For its part, Walsh Park would seemingly have its hands’ full finishing and digesting its current project. Most importantly, there is a great deal at stake that deserves island-wide discussion and consensus. On balance it would seem compelling and prudent that Walsh Park withdraw their rezoning application until the issues receive the community attention they deserve. 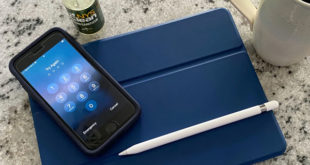 A Collection of Relevant and Informative Pieces to review including the October 23, NYS Dept of Health Halloween Safety Guidance