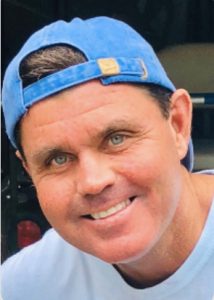 The son of Robert and Harriett Hallagan, Rob was born in North Adams, MA on July 15, 1965. He graduated from Belmont Hill in 1984, and continued his education at Williams College, graduating in 1989.

Rob spent his life sharing his passion, success, and talents in the games of both tennis and squash. He was his happiest on the court with a racquet and ball in his hand. After an impressive high school and collegiate career competing in both sports, Rob made a career out of teaching, earning himself the esteemed title of the “pied piper of tennis” by so many that loved him.

Rob spent over a decade on Fishers Island, NY, running the tennis program at The Hay Harbor Club. He was also the head tennis coach and assistant squash coach at Trinity college, head squash and platform tennis professional at Westchester Country Club, tennis and squash professional at the Apawamis Club in Rye, New York, and most recently a teaching professional at the Delray Beach Tennis Center. Rob also volunteered his time at Pompay Park in Delray Beach, teaching tennis to underprivileged kids and young adults, and was an advocate for youth racquets programs like Squash Busters and Tenacity.

There is no question that Rob’s enthusiasm and spirit were contagious to all around him, both on and off the court. A big kid at heart, Rob was a natural with children of all ages and was adored by everyone he coached. With his signature backward hat and zinc nose to shield the sun on long teaching days, Rob was simply one of a kind. The amount of children and adults he has positively impacted throughout his life of teaching and coaching is endless, and the legacy he has left behind to the games of tennis and squash is a true gift to all those who were fortunate enough to work with him.

When not on the court, Rob was a loyal Boston sports fan, cheering on his teams all the way from Florida. He was also passionate about photography and loved sharing his life in pictures. Not a moment went by with his family and friends that he didn’t try to capture, celebrate and remember.

Rob is survived by his parents Robert and Harriett Hallagan of Dover. His daughter and greatest accomplishment, Isabelle Hallagan of Falmouth, Maine. His sisters Elizabeth Budd of Dover and her husband John, and Whitney Gilchrist of Dover. His beloved niece and nephews, Jake Budd, Charlie Budd, Maisie Gilchrist, and Mac Gilchrist. His former wife and friend Michelle Libby. He also leaves behind Handsome Hank, his furry sidekick.

In lieu of flowers, please consider making a donation to Tenacity, https://tenacity.org/donate/

A Memorial Service and Celebration of Life are being planned for July on Cape Cod. For online guestbook to share a memory or condolence, gfdoherty.com. George F. Doherty & Sons, Wellesley, MA (781) 235-4100. 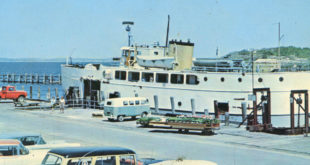 What to do at the Museum this month: Remembering the Mystic Isle

From her heyday to the present