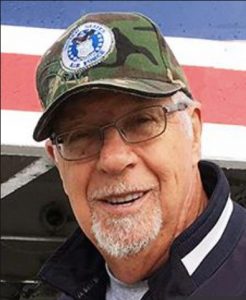 Joseph E. Corbin was born August 8, 1945, in Van Buren, Maine to Edmund Corbin and Yvonne Dumont Corbin. He was raised in St. Leonard, NB, Canada and joined the Air Force in 1966. After leaving the military, he settled in Bakersfield, Calif. before moving to Conn. in 1985. He, aka “Highway Joe”, retired as Crew Chief of the Fishers Island, N.Y. Highway Department after 25 years of service. An avid rollerblader, on any afternoon, he could be found riding around the island enjoying the sport and the view.

A memorial service will be held at noon Saturday, May 11, 2019, at the Groton Congregational Church, 162 Monument St., Groton. Interment will be held privately at a later date.

In lieu of flowers, donations may be made in his honor to the at act.alz.org.