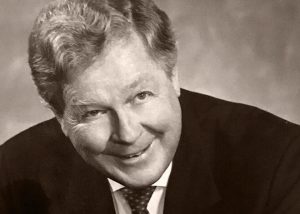 Henry Ferguson died peacefully on August 17, 2019, at the age of 92, after a lifetime devoted to cross-cultural understanding, Japanese gardening, and laughter. Born on May 31, 1927, in Schenectady, N.Y., to Harriet Rankin Ferguson and Charles Vaughan Ferguson of the Form of 1904, Dr. Ferguson circled the globe three times in the 1960s with his wife, Joan Metzger Ferguson, their four young children, and 14 pieces of luggage – without misplacing any kids or bags. While spending three years in India, Dr. Ferguson led family expeditions in the Himalayas, forded streams in a vintage car, and climbed temple towers, much to Joan’s consternation. With the rest of the family steeped in Indian music, Dr. Ferguson picked up Indian classical vocals in self-defense.

Dr. Ferguson was educated at Albany Academy prior to enrolling at St. Paul’s School as a Second Former in the fall of 1940. At SPS, he was a member of the Library Association, the Acolyte Guild, and the Scientific Association and served as secretary of the SPS Band. He competed with Delphian in alpine skiing and rowed with Halcyon. Dr. Ferguson earned Second Testimonials in 1943 and 1944. He served in the U.S. Navy from 1945 to 1946 and graduated with an A.B. in social studies from Union College in 1950, earning the Ingham Prize in Social Studies that year. Dr. Ferguson received his A.M. (1954) and his Ph.D. in history (1958) from Harvard. He was a Columbia University Fellow and twice a Fulbright Fellow. From 1957 to 1969, he taught at Union College. He was a lecturer in intercultural studies at Trinity College in Hartford, Conn., from 1969 to 1972 and directed the Educational Resources Center in New Delhi, India, from 1967 to 1969. In addition to his teaching duties at Union, Dr. Ferguson served as assistant director of admissions, chairman of the lectures section of the Lectures and Concerts Committee, and as co-chairman of the Hale Club, an honorary faculty-student literary society. For the 1960-61 academic year, he served as a senior teaching intern in oriental studies at Columbia College.

On July 18, 1953, Dr. Ferguson married his beloved Joan, and together the couple raised three daughters and a son. With his wife, he co-founded the cross-cultural educational publisher InterCulture Associates, Inc., and later he served as director of the Center for International Programs for the New York State Education Department. After retirement from government, Dr. Ferguson pursued a new career as a keynote speaker and international business consultant, with engagements as far afield as Switzerland and Singapore. In Albany, N.Y., he enjoyed building a Japanese garden, dissecting the news of the day, and solving the problems of the world with his fellow members at the Fort Orange Club long table. He served on the boards of Landis Arboretum and Historic Cherry Hill and was at one time a trustee of Rectory School in Pomfret, Conn.

Dr. Ferguson wrote and cartooned prolifically on topics as diverse as his broad imagination. He tackled post-colonial district administration in rural India, human rights and citizenship, and the secret lives of cats. In his words, some of these were “whimsical follies…[that] have made life worth the price of living.” He was the author of four books, including Tomorrow’s Global Executive and Globalistics: The Art and Science of Building a Profitable Transnational Business. Dr. Ferguson’s borderless personality included a love of the sea. He learned to sail as a young child in the waters off Fishers Island, N.Y., and later crewed on a yacht in the Bermuda Race. Ocean adventures were part of his lineage. His great-great-grandfather was Admiral Charles Wilkes, leader of the U.S. South Seas Exploring Expedition of 1838, which discovered the landmass of Antarctica. Dr. Ferguson’s grandfather (Reverend Henry Ferguson of the Form of 1864 and, later, Third Rector of St. Paul’s) survived a shipwreck off the coast of Chile, making landfall in Hawaii after 43 days on an open lifeboat. The reporting by Samuel Clemens of this adventure marked the author’s debut as a literary writer.

Dr. Ferguson is survived by his wife of 66 years, Joan Metzger Ferguson; his children, Jean Gerbini, Cynthia Waldman, Henry C. “Harry” Ferguson, and Margaret “Peggy” Ferguson Corrigan, and their spouses; eight grandchildren; and one great-grandson. He was predeceased by his brother, Charles Vaughan Ferguson. 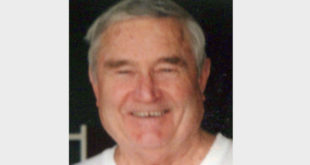