IN MEMORIAM: Harris B. Parsons 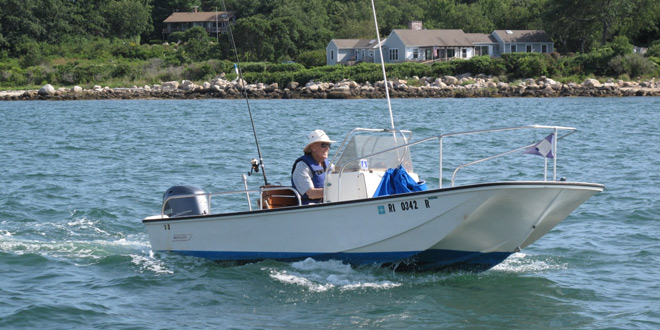 Raised in New Britain, where his father was president of American Hardware Corporation, Harris attended Deerfield Academy but interrupted his studies to join the U.S. Coast Guard at age seventeen. From 1942 to 1945, his military service included listening for U-boats as a sonar operator aboard a minesweeper on convoy escort duty in the North Atlantic and patrolling on shore at Coney Island as a military policeman.

In 1946, Harris completed his last year of high school at Cheshire Academy. After a two-year business program at Babson College, he joined P&F Corbin Lock Company as a sales representative.

He married Elsie White in 1947. In 1954, the couple, with two toddlers, moved to Barrington, Rhode Island. Their triplet sons were born in 1956. In 1961, Harris began a career as an independent hardware sales representative. Two of his sons eventually joined the business he built and took over after Harris retired in 1996.

Harris became a founding director of the Fishers Island Utility Company in 1965 and served as chairman from 1969 to 1998. He stepped down as a director in 2013 after 49 years.

In 1968, Harris was elected to the board of trustees of Mystic Seaport Museum and served as a trustee and trustee emeritus for 45 years, a period of transformative growth and success at the museum.

Among Harris’s favorite pastimes were sailing, tennis, fishing, dancing, mowing, and talking to just about anyone.

The Fishers Island community – you know who you are – rallied in countless ways to make it possible for Harris to spend his last days at home overlooking West Harbor.  For that precious time, we, his family, thank all of you who were there for him and for us.

In lieu of flowers, contributions to the Mystic Seaport Museum or Island Health Project on Fishers Island would be very much appreciated.

The Memorial Service for Harris Parsons will be held at 11:00 am on Saturday, June 25, 2016 at St. John’s Church on Fishers Island, officiated by Rev. Michael Spencer and Rev. Candace Whitman. A reception will follow at the Hay Harbor Club.