Vero Beach – George D. F. Lamborn died of natural causes July 17th, 2019 at his home in Vero Beach, Florida after spending an evening out with friends. His children and friends celebrate his storied life.

George lived life to the fullest. He was anything but boring. He loved golf, tennis, skiing, fishing, hunting, and traveling. He was an avid cook, a master of the grill and loved to entertain. His dogs were always by his side.

He graduated from The Edgemont School in Montclair, NJ before graduating from Portsmouth Priory in Portsmouth, RI. He attended Brown University before returning to NJ to help care for his mother and start his career in the commodities industry.

He was inducted into the Futures Industry Hall of Fame in 2005.

After his retirement, and over the course of the last 15 years George acted as the four-term President and two-term Vice President of the South Beach Property Owners Association Inc., of Indian River County, FL. 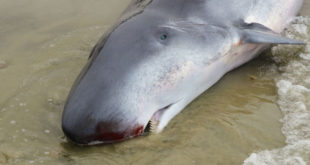 Please let us know if you see it washed up again on any part of the Island.