IN MEMORIAM: Constance A. White 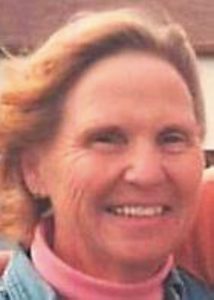 Constance A. White, 74, passed away peacefully Sunday, May 5, 2019, at her beloved Fishers Island home.

She was born in Kenton, Ohio, the daughter of Laurence and Ethel Gilbert Abbott. Raised in Ohio she graduated from Perry-Zane High School. As a young woman, she moved to Fishers Island, N.Y. where she met and married Edmund White and raised their two daughters Dina and April.

For the past many years, she has lived in New London with her longtime partner Arthur.

She has always loved the outdoors, from the east coast beaches to the plains of Arizona.

A beautiful lady will be greatly missed. A Memorial Service for Islander Constance White will be held at Fishers Island’s Union Chapel on Saturday, June 22, 2019 at 11:00 am.