IN MEMORIAM: Barry B. Bannister 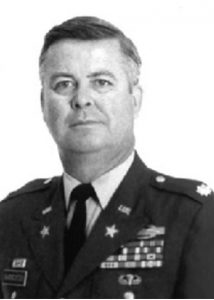 Lt. Col Barry B. Bannister, US Army Retired, passed away on May 8, 2019. Colonel Bannister had been a resident of Hilton Head Island since 1981. Born in Bridgeport CT in 1935, he was the son of the late Paul Lincoln Bannister and Helen I. Stevens Bannister.

He was a graduate of Fort Knox High School, Fort Knox, Kentucky and the University of Nebraska, Omaha. His service included duty as a parachutist at Fort Bragg, NC, as a Battalion Commander in Vietnam, and as a General Staff Officer in the Pentagon. Overseas service included three years in Germany, two years in Thailand, and two years in Vietnam. His military decorations included the Legion of Merit, three awards of the Bronze Star Medal, three awards of the Air Medal, three awards of the Meritorious Service Medal, the Army Commendation Medal, the Vietnamese Cross of Gallantry with Silver Star, the Combat Infantryman Badge, and the Army General Staff Badge.

The Memorial service and Burial will be at Arlington National Cemetery. Memorial donations may be made to Hospice Care of the Low Country, P.O.Box 3827, Bluffton, SC 29910. Arrangements by The Island Funeral Home and Crematory. islandfuneralhome.com.