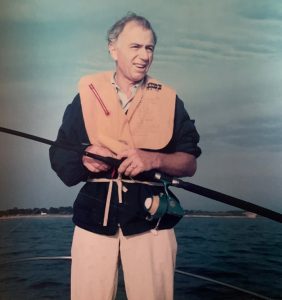 Born Anthony Church Scoville in 1940, the son of Ann Curtiss Scoville of Norfolk and Dr. Herbert “Pete” Scoville, Jr. of Taconic, Tony spent much of his youth and early life in Taconic, an avid hunter and fly-fisherman. Tony has been a full-time member of the Salisbury community since 2004, when he and his wife, Helen, moved back from Washington, DC, to the ridge-top home in which he died peacefully, surrounded by family, overlooking the hills whose natural beauty he had loved his whole life.

In addition to his affinity for the outdoors, Tony’s life was marked by intellectual curiosity, passion for learning, and a lively appreciation for a good pun. He earned a Bachelor of Arts from Yale University in political philosophy with a minor in physics and a master’s degree in Operations Research from the University of Pennsylvania.

In 1977, Tony moved to Washington, DC, as a Science Consultant to the House of Representatives Committee on Science and Technology and to Rep. George E. Brown, Jr. (D-Ca), focusing on marshaling capital to fund scientific and technological innovation and address global environmental problems, especially the greenhouse effect and climate change. His early focus on climate change was recently recognized in Nathaniel Rich’s 2018 New York Times Magazine retrospective, “Losing Earth: The Decade We Almost Stopped Climate Change.” During this time, he also worked on legislation designed to provide funding for the increased engagement of women in all scientific fields.

In 1978, Tony married the love of his life, Helen Ellsworth, of Salisbury. They spent the following 41 years raising a family and sharing their passion of culture and travel while living between Salisbury and Washington.

Tony was a Renaissance man, and alongside his professional pursuits, in the mid-1960s, he designed and built “Corbu,” a Corbusier-style house in Vermont that is listed on the National Register of Historic Places. He studied music composition at Catholic University and was an amateur classical composer, writing an extended piano work, Passage. In the mid-1980s, on a whim, Tony learned to fly and piloted his single-engine plane twice across the country from Washington to Colorado. Flying led to the formation of a venture capital business with investments in general aviation, among other things.

In 1991, Tony began a decades-long exploration of the irreversibility of time in the laws of physics, resulting in “Some Properties of the Random Universe,” an article in which he posited that the observable universe is essentially a computer, and the dark matter making up most of the universe’s mass is a by-product of the continuing computation of one instant’s state into the next.

Tony’s family and friends will remember and celebrate him—and make a few questionable puns in his honor—on Saturday, November 23, at 2:00 pm at the Chapel at Salisbury School. Tony’s family encourages those wishing to honor him to donate to the Salisbury Housing Trust or the Scoville Memorial Library. 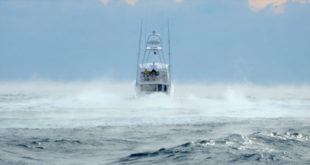