In the midst of this long run of unseasonably warm weather, it seems safe to turn the clock back 35 years to a winter on Fishers Island that was far less hospitable.

Late January and early February 1977 featured bone-chilling temperatures that generated ice floes and solid ice packs on Long Island Sound. The thick, floating ice was so hazardous that it threatened to cut the Island off from deliveries of vital supplies. A report in the February 2nd issue of The Day stated: “Long Island Sound looked like an Arctic wasteland as the ferry Olinda battered and rammed its way to Fishers Island with a cargo of fresh food… Ferry Capt. Mark Easter began dodging huge chunks of ice about two miles off Fishers Island. Ten minutes later, the boat was surrounded by ice, and thunderous crashes pierced the air as Easter maneuvered it through the solid mass.” Capt. Easter was forced to abandon plans to dock at Silver Eel Cove and maneuvered the intrepid ferry into the Utility dock at West Harbor where the ice was less thick. The Day reported that Island resident Charles Morgan, a passenger on the trip, said: “It feels like we’re on a pinball machine.” Ferry employee Arnold Toivenen reflected: “The last time I saw conditions like this was when I was in Alaska.” Another passenger wondered: “How did the Vikings ever get through?” The immediate future of the supply route was so tentative that a committee was formed at the urging of island grocer Henry Walsh.

Having experienced a similar freeze in 1934, he wanted to be prepared for a worst case scenario. Approximately 40 Fishers Island business, emergency response and political leaders met and were informed by Fishers Island Fire Department officials that “emergency helicopters and planes are available to island residents in an emergency”. The clearing of Elizabeth Field’s runways of snow was made a top priority. One committee member proposed: “If tankers which deliver oil to the island are unable to penetrate the ice, oil could be drawn from unoccupied homes with the owner’s permission—and replaced in the spring”.

Luckily this “nationalization” of the Island’s private oil reserves proved unnecessary as weather conditions improved and the ice began to melt. By February 8th, the MV Olinda was able to dock again at Silver Eel Cove, which, unlike West Harbor, had facilities for loading and unloading trucks and cars. Soon, all was back to normal. 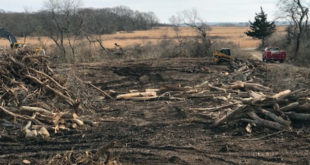