First of all, Sharon and I are no longer planning to leave the island.

Ten years ago this month, I was asked to come to a meeting at the house of Mark Banks. When I arrived, all the employees of Fishers Island Waste Management District (FIWMD) were there. I asked what was going on. They told me they wanted me to run for the board of FIWMD. I asked why they were asking me. “Because you sort your garbage.”

I have been fortunate to have learned good lessons from the several conferences we have gone to. I was on board with the idea of getting our facilities ahead of the curve with the work we had done to be declared the lead agency by the DEC for the upgrading of our facilities.

We backed off the aggressive plan that we had researched due to the efforts of many concerned citizens of the island. At first, I was upset by the push back, but since rethinking the way forward, we have learned several things from the DEC, which will save all of us taxpayers money over the next few years.

The FIWMD staff have managed to get the safety fence at the compost station completed and are in the process of tweaking the new safety fence to make it more user-friendly for our clients. Our employees were able to do all of the needed work without having to get help from off-island.

I am glad to be able to work with the capable people that are our employees. The board is working to do what is mandated by safety laws and DEC regulations and keep our share of the tax bill at the 10% level that it has maintained for many years.

When the Pickett Landfill was closed, as Fishers Island had been told it had to be, Beth Stern was able to apply for and get several grants, which put a lot of money into our fund balance. (As an aside, the Town of Southold did not close their landfill on time and was fined several hundred thousand dollars.) New York State saw our fund balance and told us it was too large. For a number of years, we were able to not raise taxes as we offset the need for new tax money by using the excess in our fund balance. When we had reduced the fund balance to a level acceptable to New York, we applied for and were granted an increase to bring our budget to just above the level of the previous year’s budget. Some of the remaining fund balance is an emergency needs fund, the rest of the money in the fund balance is allocated to the continued monitoring of the wells that are in and around the landfill. The yearly tests have been very clean for a long time and Bob Evans is looking into being able to reduce the frequency of the monitoring, which would save us just under ten thousand dollars a year. We have also applied for a grant to get part of the salary of one of our employees to work with large producers of garbage to help us keep our costs down.

Several of the staff have taken classes to allow them to take the refrigerant material out of refrigerators, air conditioners, dehumidifiers and such that we used to have to pay off-island contractors to do. The amount of refuse that is handled by our facility has gone up each year, with no end in sight.

I would like to stay on the board of the FIWMD and am asking for your vote. 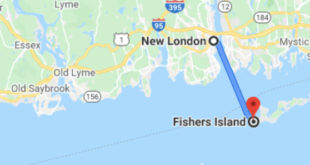 Thank you to the stores and companies that have stepped in to cover these services to the Island.