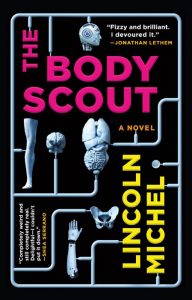 Described by Esquire as “a breathlessly paced techno-thriller characterized by stunning, spiky worldbuilding” and identified by the NY Times as one of the 10 Best Sci-Fi Fantasy Books of 2021, The Body Scout tells the story of a hardboiled baseball scout trying to solve the murder of his brother in a world transformed by body modification.

Copies of the book are circulating from the Fishers Island Library and can be purchased from Hatchette. Grab one and join the conversation with program Director Tryn Collins by emailing events@thelighthouseworks.com.