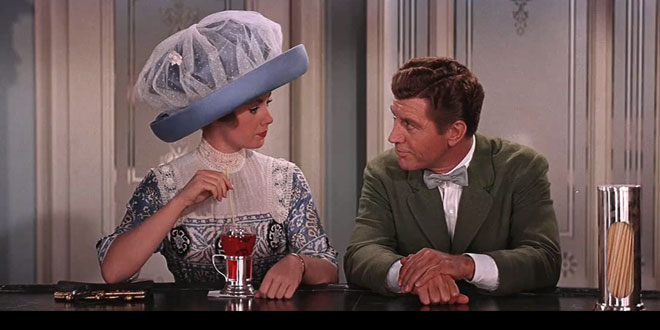 Preston reprises his Broadway performance as salesman/con man who mesmerizes Iowa town with visions of a uniformed marching band. Tuneful slice of Americana.

Well-executed Civil War-era story where Confederate prisoners are being held in an Arizona fort.

All-star cast in one of the first ‘’disaster’’ movies detailing a hectic winter night at a metro airport.

Boisterous blarney, with American boxer returning to his native Ireland, falling for a spirited lass, but has to deal with native customs, including a dowry and the woman’s bullheaded brother! A labor of love for Ford and his Irish-American cast. Oscar for Best Cinematography.