Suffolk County’s Precinct 1 is Fishers Island, NY in the town of Southold.  The election polling place is the Community Center’s 2nd floor main room, accessible by elevator. New York State Election polls were open from 6:00 am-9:00 pm on November 8, 2016 for the General Election in this Presidential election year. 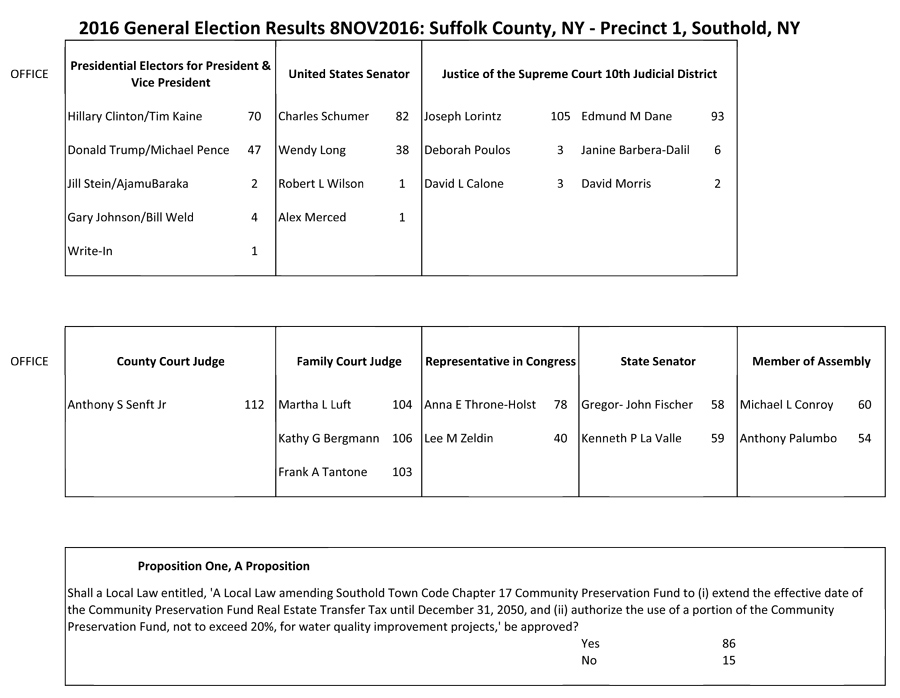 The wave of voters that President-elect Donald Trump rode into office this Election Day extended into Southold Town, where Mr. Trump won by slightly more than the same margin as Mitt Romney did in the 2012 election, according to preliminary election results.

Most notably, Democratic candidate Hillary Clinton saw a collapse among voters that had favored President Barack Obama in 2012 and overall turnout dropped by about 1,300 votes.

Mr. Trump’s performance was replicated elsewhere in Suffolk County, where Mr. Trump won 52 percent of the vote. Mr. Trump is the first Republican candidate to win a majority of Suffolk voters since George H.W. Bush in 1992.

Mr. Trump’s margin of victory was much larger in Riverhead Town, which had previously been lost by Mr. Obama by just 721 votes.

Part of the key to Mr. Trump’s victory in Riverhead Town appears to have been a collapse of support for the Democratic nominee, according to the data. Ms. Clinton underperformed Mr. Obama’s polling numbers and drew in 918 fewer votes.

Mr. Trump also turned out more voters to his side than Mr. Romney, according to the data. He pulled in 355 more votes across the town than the 2012 nominee.

Third-party voting also saw a marked increase from the year before, with more than double as many people voting for Libertarian Gary Johnson or Green Party candidate Jill Stein than in 2012. However, the total third-party vote only made up 349 votes, not nearly enough to overcome Ms. Clinton’s deficit.

The third-party vote was nearly identical to that of 2012, according to the results. 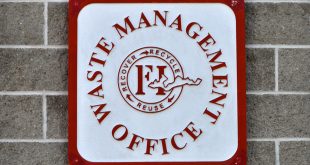 Please see revised hours. For best practice during this time, please do not visit the office, but call if you need to speak with management or have any questions.