Did You Feel the Earthquake? 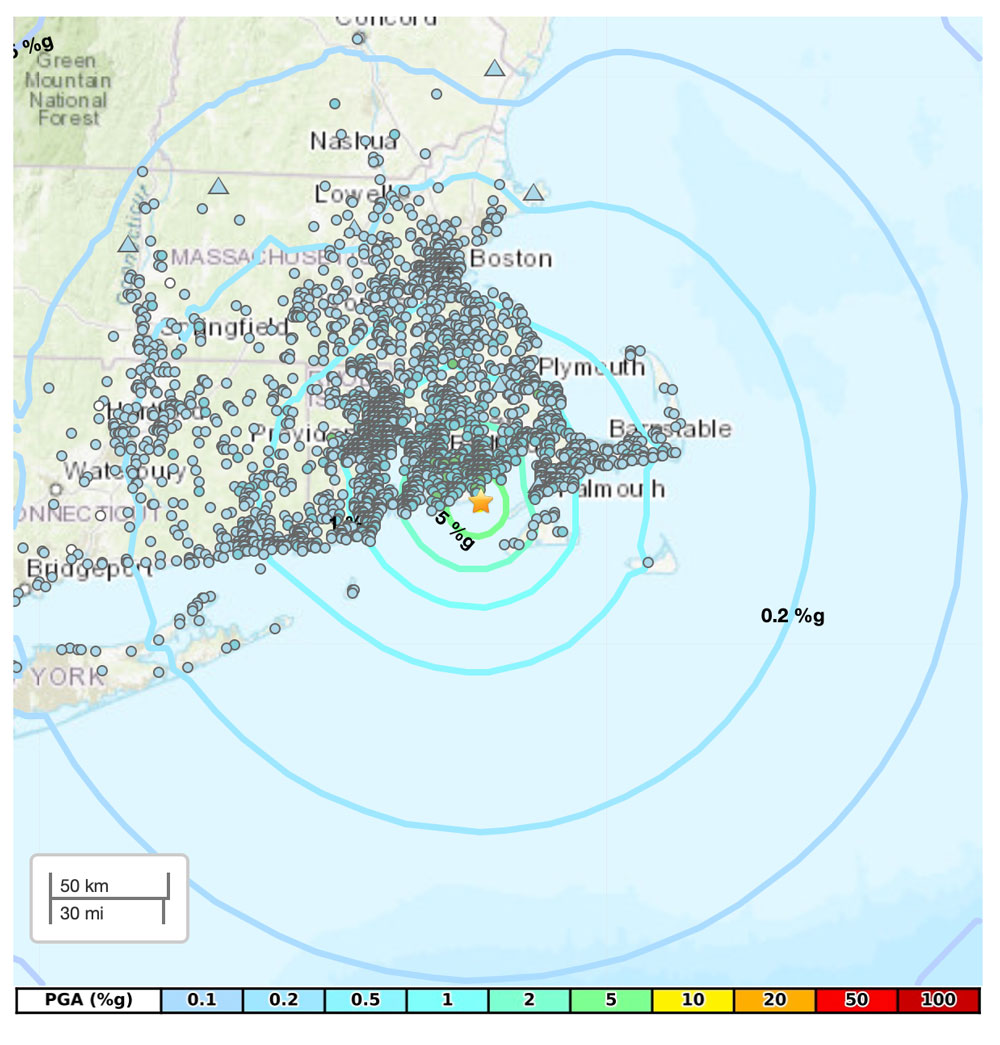 An earthquake struck southern New England on Sunday, November 8, 2020, and it was felt by many residents in Connecticut [and surrounding states]. Some residents have reported their homes shaking for a few seconds and other slight tremors.

The United States Geological Survey confirmed a 4.2 magnitude earthquake Sunday. The exact location of the quake was centered in the ocean between Mishaum Point and Potomska Point in Bliss Corner neighborhood of Dartmouth near Slocums Ledge in Massachusetts. The earthquake was about 15 kilometers into the ground and 9 kilometers from the shoreline, according to the U.S. Geological Survey.

According to the survey, the earthquake could be felt as far west as Connecticut, in all of eastern Massachusetts and Rhode Island, and even southern New Hampshire communities like Nashua, Salem, and Windham.

The tremors were felt shortly after 9 a.m. Sunday.

People have reported feeling the quake, especially in eastern and northern parts of the state. You can see the map here. You can also report that you felt it here. 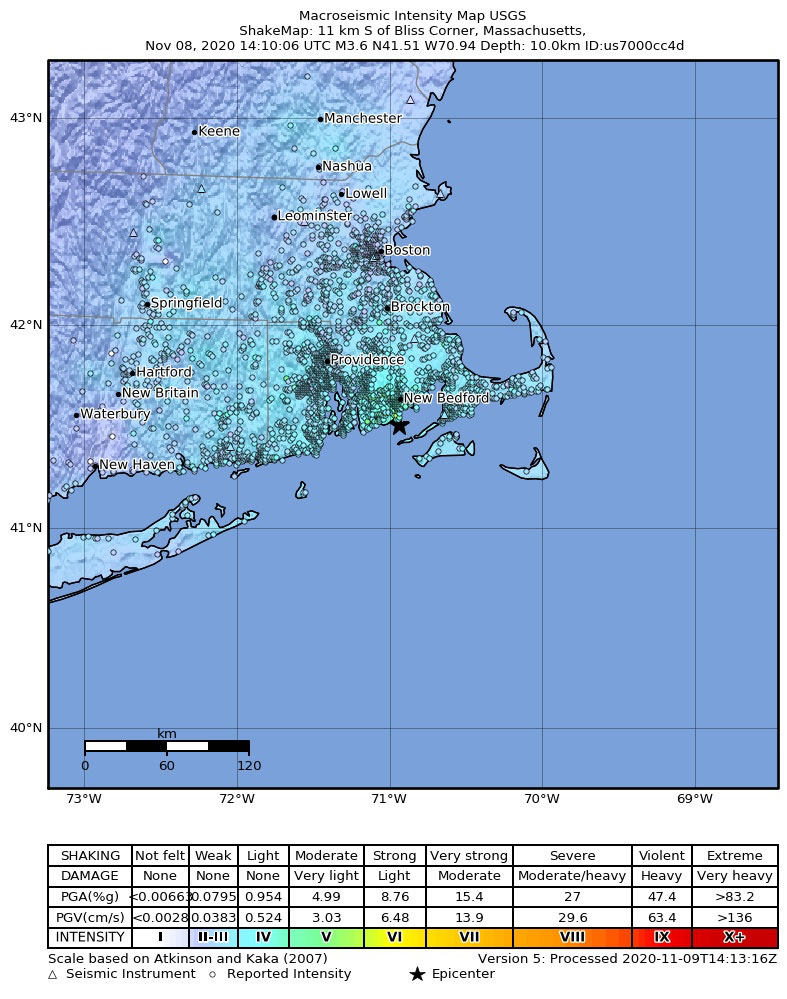