COVID-19 On Fishers Island, protocols in place to limit spread of virus 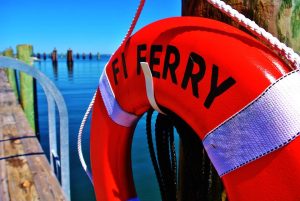 As the coronavirus spread rapidly through the rest of Southold Town, Fishers Island residents have banded together to avoid potential catastrophe on their remote, four-square-mile island.

Just two cases of COVID-19 have been documented among islanders, according to officials at the Island Health Project, a nonprofit formed to raise funds for Dr. Chris Ingram, the small community’s only physician.

The first patient was evacuated March 27 via marine Sea Stretcher to Lawrence & Memorial Hospital in New London, Conn., and discharged April 1. That patient and a family member who also tested positive are now both recovering at their primary residence off-island, officials said.

Southold Town Supervisor Scott Russell said Monday that the town is looking into how numbers are reported for Fishers Island.

“Residents usually seek medical treatment at health care facilities in Connecticut,” Mr. Russell said. “I do not know if there is reporting to the New York State Department of Health of any positive cases.”

Four people listed as “persons of interest” have completed isolation periods and Dr. Ingram’s latest update on Friday noted that there are no new cases of COVID-19 to report.

The Island Health Project and Island Community Board have teamed up to urge homeowners coming to the island to abide by a strict set of protocols to limit potential spread of the virus and because limited resources are available locally.

Any residents arriving on Fishers Island are asked to self-quarantine and practice social distancing measures — even if they are returning from a quick trip off-island to run errands.

“Think carefully before coming, or leaving and returning,” Dr. Ingram wrote in an April 10 letter.

The ferry, which is running on a reduced schedule of three round-trips per day, also has precautions in place to limit exposure, now prohibiting riders from exiting their vehicles while in line for or on board the ferry.

The Village Market, the island’s sole grocery store, remains closed but is accepting orders via call or text, and the post office has restrictions in place to limit the number of people inside at any given time.

Dr. Ingram developed an unofficial health census to track COVID-19 to prepare for community needs as well as track how many part-time residents have flocked to the haven, which has approximately 250 year-round residents.

The head count currently stands at about 500 people, but he said he believes he’s missed many households.

“The population grew very quickly as seasonal residents moved back to their homes there to shelter from the virus,” Mr. Russell said. Still, he said, the remote nature of Fishers Island and population numbers, which increase seasonally to approximately 2,000, are not ideal conditions for the virus to spread. “Being on an island, they’re much less likely to frequent more densely populated areas where infection is more likely,” the supervisor said.

Last week, Dr. Ingram said island organizations are working to get a supply of virus and antibody tests to Fishers Island.

“A group of volunteers is helping to explore solutions for supply and funding,” he wrote April 17. “Testing at this point is imperfect, so it’s not 100% clear how testing results could be applied to our situation. Nevertheless, we believe testing protocols will be critical to maintaining safety and order on the island as the summer season approaches.”

In his latest update April 24, Dr. Ingram protocols for the summer must be developed in line with state policies. “This summer will be very different from normal,” the physician warned residents, adding that children’s programs and institutions will likely remain closed and big parties are “definitely discouraged.”

He said even a modest increase in population will increase the risk for an outbreak on Fishers Island. With that in mind, Dr. Ingram said they are trying to bring additional medical staff to the island but residents shouldn’t take that as false hope that they’re protected.

In the meantime, all residents of Fishers Island are being urged to continue social distancing to stop the spread of the virus.

Fishers Island Justice Louisa Evans, a member of the Southold Town Board and island resident, said it’s “heartening” to see how the organizations are working to keep residents safe, even without the presence of a local governing body.

“It seems like people are taking the correct precautions and following guidelines. In a small community like ours, it is important that people willingly come together to establish expectations and help and look out for each other,” she said.

Tara Smith is a multimedia reporter who joined the Times Review Media Group in 2018, covering everything from local government and environmental issues to breaking news and features. She’s a Riverhead native and 2015 graduate of Arcadia University.

Looking to comment on this article? Send us a letter to the editor instead.

Updated Wednesday, Jan. 20, 2021. COVID-19 is still very much among us and EVERYONE needs to do their level best to be safe and keep others safe.