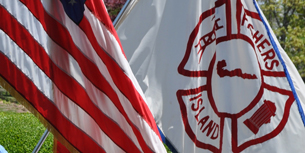 Election Results
Congratulations to the Commissioners

Stephanie Hall for the five-year term

Don Beck for the two-year term

John Klimczak for the one-year term

PLEASE TAKE NOTICE that the Annual Election of the Fishers Island Fire District will take place on December 13, 2022, between the hours of 6:00 PM and 9:00 PM at the Fishers Island Community Center located at 66 Hound Lane, Fishers Island, New York for the purpose of electing the following:

One Commissioner for an unexpired two year term commencing on January 1, 2023 and ending on December 31, 2024; and

One Commissioner for an unexpired one year term commencing on January 1, 2023 and ending on December 31, 2023.