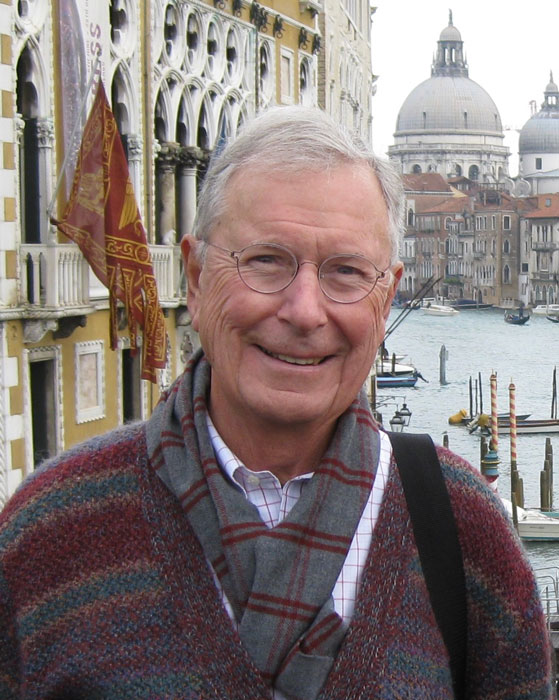 Robert John Geniesse died peacefully at age 93 on November 17 at home on Fishers Island, NY with his family by his side. Born September 16, 1929 in Appleton, WI, Bob grew up in Winnetka, IL with his mother Rhoda, a successful executive at the Chicago department store Chas A. Stevens. She and his father, Arthur Geniesse, divorced when Bob was a small boy.

Bob enlisted in the Army after graduation and was secretly recruited to join the CIA. Placing first in his class in Officers Candidate School, he was awarded an engraved silver-plated revolver by the Secretary of the Army. A photo in “Stars and Stripes” newspaper of the high-achieving First Lieutenant Geniesse accepting his prize effectively ended his career as a spy. He retained a bit of Russian from months of intensive language classes, and in later years he enjoyed bursting forth in traditional Russian song.

After discharge, Bob headed to Harvard Law School, where he served as an editor of the Harvard Law Review and graduated Phi Beta Kappa in 1957. Soon after, he met his wife, Jane Fletcher. He caught the interest of the beautiful young reporter when she asked for a cigarette, and Bob replied, “Sorry, I quit smoking in Samarkand.”

In 1958 Bob joined the law firm now known as Debevoise & Plimpton. After four years as an associate, he joined the U.S. Attorney’s Office of the Southern District of New York under Robert Morganthau to serve as an Assistant District Attorney, rising to Chief Appellate Attorney. After two years, with a young family to support, he reluctantly returned to corporate law. He became a partner in 1966 and distinguished himself as a litigator specializing in International Trade and Securities Regulation Law. He also served as chair of the firm’s Associates and Pro Bono Committees.

Bob and Jane moved to Washington, D.C. in 1982 when Bob opened and became a managing partner of Debevoise’s Washington office. He retired in 1994. Colleagues remember him as “an outstanding lawyer, known for his intelligence, advocacy, elegance, and grace, in the highest traditions of the firm.”

Those same qualities made Bob a valuable trustee at a long list of institutions and organizations. He served on the boards of the Legal Action Center, the Environmental Defense Fund, the National Building Museum in Washington, the Ringling Museum in Sarasota, and the Johann Fust Community Library in Boca Grande. He braved snowstorms and pneumonia to attend board meetings for his beloved Williams College and enjoyed the world travel that came with the position of Trustee and General Counsel for the World Monuments Fund. He was perhaps most proud of his work as president of the board of the Clark Art Institute in Williamstown, MA, where he oversaw a years-long expansion that included two Tadao Ando-designed additions and the stunning landscaping of the museum’s 140 acre campus.

In their sixty-one years of marriage, Bob never took Jane to Samarkand, but they did travel frequently and extensively, as far as Iran, Yemen, and Cambodia. He was happiest in Italy with its Palladian estates and baroque churches, and he always traveled with a copy of Peter Murray’s “The Architecture of the Italian Renaissance” in his pocket. Bob had an abiding interest in architectural history. In the 1980s he became enthralled with antique books on design and amassed a very fine collection of 17th and 18th century volumes.

Bob was a notably natty dresser. His suits were beautifully cut, his trousers perfectly tailored, and his ties coordinated with colorful socks. It was perhaps from his fashionable mother that Bob inherited his sartorial flair, but he never took questions of style too seriously.

Bob was an avid fisherman, happily casting off of beaches, boats, and rivers.  He loved the outdoors and had fond memories of working at Teton Valley Ranch in Wyoming on summer breaks from Williams. Favorite vacations included hiking Mt. Kenya, the Alps, and the Rockies, but he was also happy walking the two miles to his office and back each day.

Bob’s family sometimes observed it was hard to win an argument with a skilled litigator, but around the lively Geniesse dinner table, it was Bob’s habit to listen intently to all opinions that could make themselves heard. He could always cut through the clamor with an incisive comment that concluded the discussion. Even as his health declined and his world shrunk, Bob could still amuse with a sly, perfectly timed quip.

Bob is predeceased by his half brother, Richard McCurdie. He leaves his wife, Jane Fletcher Geniesse, a biographer and former New York Times reporter, his daughter Julia Geniesse Symmes and her husband, Brian, his son Tom Geniesse and his wife, Jan, and his three grandchildren, Joe, Rob, and Julia, of whom he was very proud. They will miss him dearly.

The family wishes to thank the attentive and compassionate Dr. Chris Ingram and Nurse Kapri Thomas of the Island Health Project, as well as his kind and skillful caretakers, Alex Andrews and Sarah Freeman.

A celebration of his life will take place in January in New York City. In lieu of flowers, Bob would have appreciated a donation to the Environmental Defense Fund. 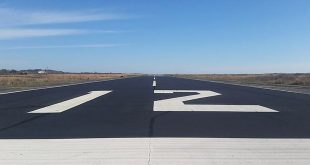 Fishers Island Elizabeth Field 0B8 by the Numbers