At the Museum: Believe it or Not! …Tales from Fishers Island #1 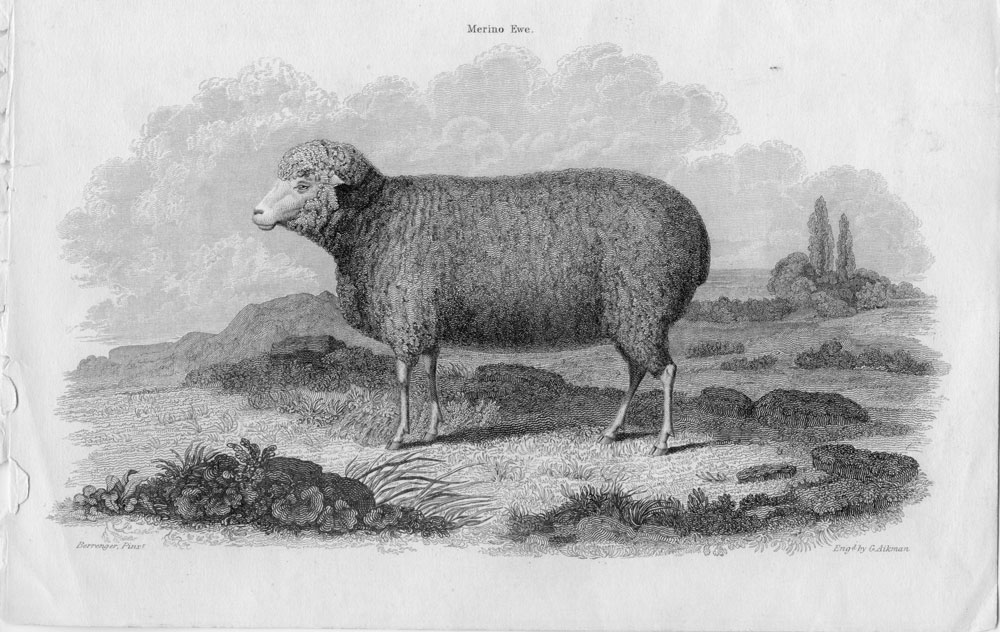 Believe it or not, Fishers Island has attracted more than its fair share of widespread publicity as a result of true yet seemingly fantastical tales dating as far back as the 1700s. Museum Director Pierce Rafferty has put together a collection of these stories we’re calling Fishers Island—Believe It or Not! Here’s the first installment—be sure to catch the second installment in the January 2023 Fog Horn.

Believe it or not, two sheep survived a two-month interment in a 16-foot-deep snowdrift on Fishers Island in 1717.

Merino ewe. Courtesy of the HLFM.

There was a series of snowstorms in February and early March 1717, known collectively as the Great Snow of 1717, that brought Colonial-wide attention to the stock farm on Fishers Island. 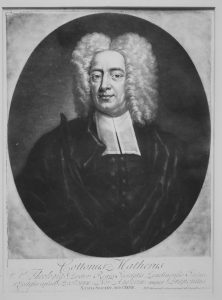 The owner of Fishers Island at the time, John Winthrop of New London, a descendent of our Island’s founder John Jr., wrote in a letter to Dr. Cotton Mather, dated Sept. 12th, 1717:
“The storm continued so long and severe, that multitudes of all sorts of creatures perished in the snow drifts. We lost, at the island and farms, above 1,100 sheep, besides some cattle and horses interred in the snow. And it was very strange, that 28 days after the storm, the tenants at Fisher’s Island, pulling out the ruins of one hundred sheep, out of one snow-bank in a valley (where the snow had drifted over them 16 feet), found two of them alive in the drift, which had lain on them all that time, and kept themselves alive by eating the wool off the others, that lay dead by them. As soon as they were taken out of the drift, they shed their own fleeces; and are now alive and fat.”

This letter was quoted in sermons, and widely reprinted in books and newspapers throughout New England. However, all miracles aside, more than a good chance that the sheep may have been eating more than wool during their two-month interment.

Believe it or not, Union Chapel fired its pastor in 1906 for enforcing his belief in the date of the return of Christ. 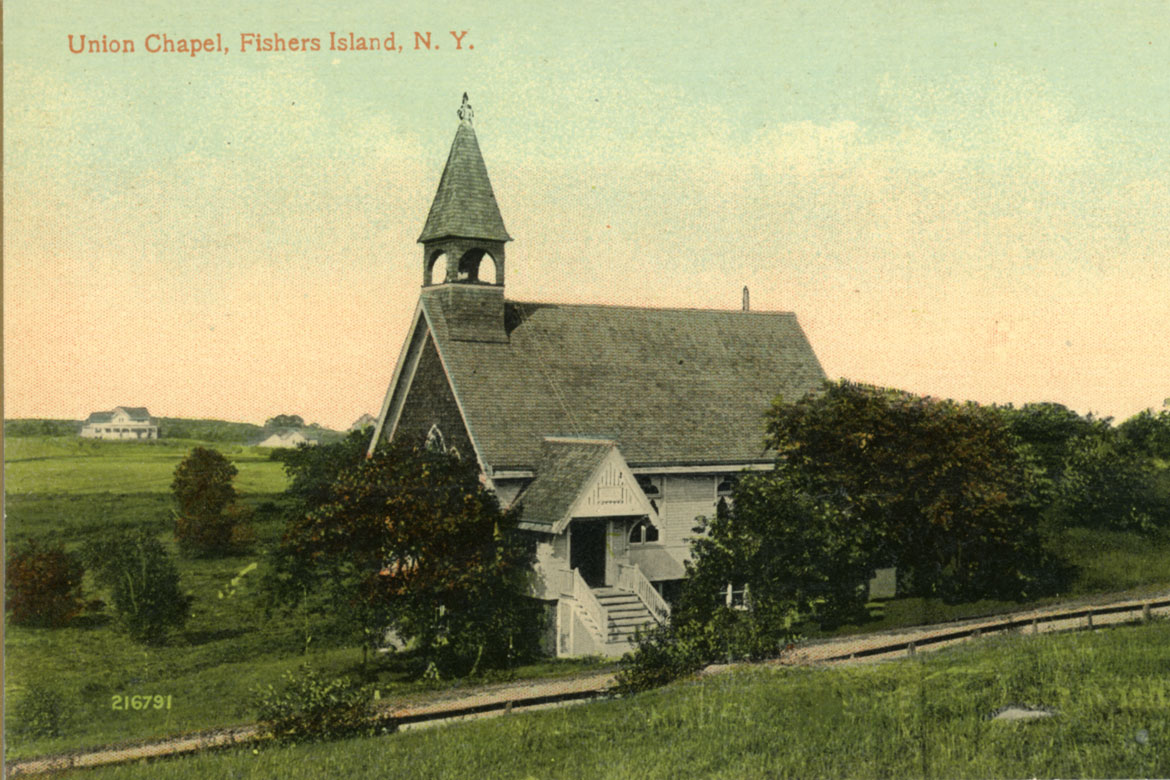 Excerpt from the The Washington Post (April 8, 1906):
DISMISSED FROM PULPIT Alleged to Have Preached that Christ Would Come in 1917.
New London, Conn. April 7—Rev. John Delaplane, who has been pastor of the Union Chapel, on Fishers Island, has been dismissed by the trustees of the Chapel Society and the pulpit declared vacant. Rev. Mr. Delaplane is about sixty years of age, and came from the mining regions of Pennsylvania.

It is alleged that his dismissal was based upon his preaching that Christ was to come in 1917 and because he had expelled from services young people who refused to accept that belief.

Believe it or not, there was a time in the mid- to late-19th century when Fishers Island was best known in the region and around the country as a site where illicit prize fights were staged beyond the reach of the law. 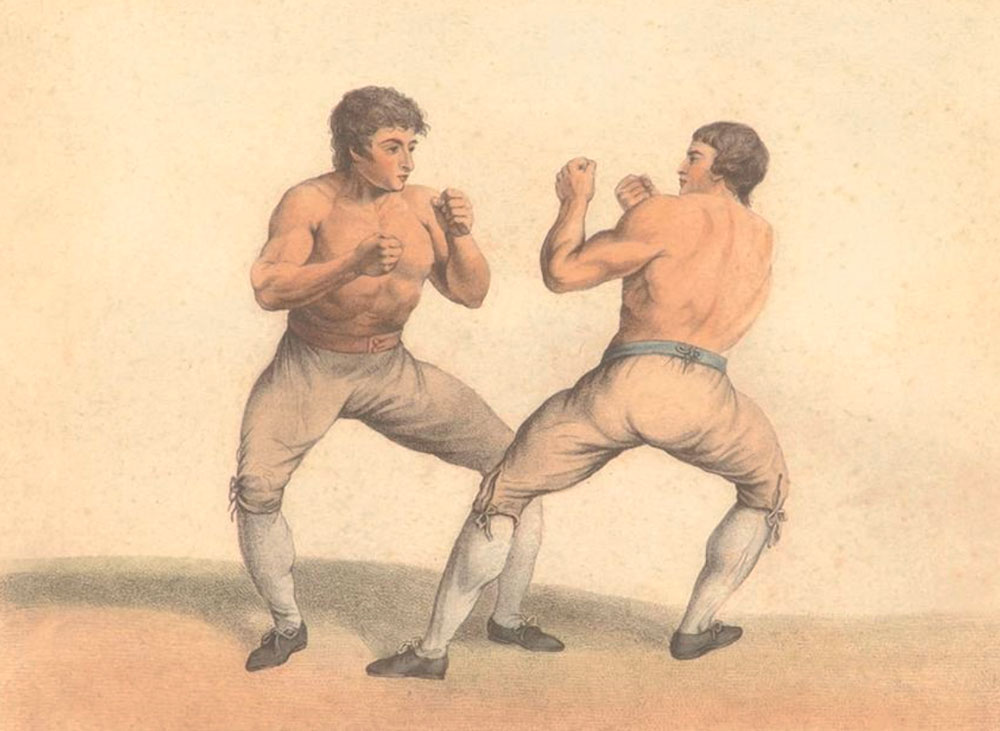 Engraving of bare-knuckle boxers, 19th Century. Courtesy of the HLFM.

Boxing promoters, scam artists and “fistic fanciers” throughout the region had to scramble to find venues where furtive fights could be held without interruption. Fishers Island was conveniently proximate to the mainland, lacking in local law enforcement, and most importantly, jurisdictionally beyond the reach of the Connecticut authorities. All these factors combined to make it a perfect place to stage an illegal fight.

On April 9, 1867, a bare-knuckle prizefight on Fishers Island matched George Rooke, an Irishman, against Charles Collins, an Englishman, a.k.a. “The Cast Iron Man.” The prize fight took place near today’s Walsh Park, an area once known locally as “The Battlefield,” for a purse of $500 a side.

According to the New-York Tribune (April 10, 1867), “Various vessels brought the crowd of approximately 250 gamblers and “roughs” to a landing spot near today’s Munnatawket Beach. “The schooner and two or three sloops and oyster smacks are now anchored in shore, close to Fisher’s Island … A ring is pitched near the shore, sheltered by some scanty shrubbery, on a smooth piece of ground, and the passengers disembark in yawl-boats for the scene of the fight.”

The Tribune’s account chronicled in excruciating detail just how savagely the Irishman pummeled the “Cast Iron Man” during the 16-round bout until his face looked “more like a raw piece of liver or beef-steak slashed with a knife, than the face of a human being.”

The latter fighter had “nearly lost all his ferruginous ingredients” and the victory for Rooke seemed a foregone conclusion. However, it turned out the fix was in, and the Englishman was awarded the fight on a technicality. The brutal battle had lasted 1 hour 15 minutes. The New-York Tribune account included an amazing detail: “This fight is interesting from the fact that it is the first one ever fought in America under the newly amended rules of the prize ring, which compels the seconds to retire from the inner ring as soon as the men begin to fight in each round.”

Of the four known professional boxing matches held on Fishers Island, this one was the most significant.

Big Winter ON ISLAND Sale at the...