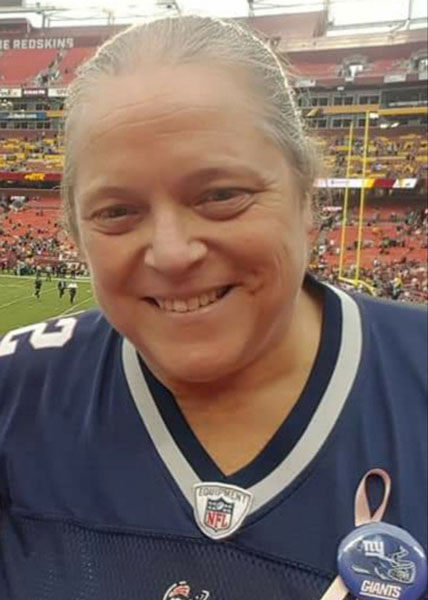 Born December 19, 1961 in Florida, Jill grew up spending time on Fishers Island, and also in Massachusetts and Connecticut where she graduated from Waterford High School. Jill then returned to her beloved Fishers Island where she raised her daughter, Christine. She was an active member of the Fishers Island community where she volunteered as a paramedic and treasurer for the Fire Department where she was a Life Member, and worked as office manager of the Telephone Company.

She is survived by her father, Paul Joseph Rogan, and her daughter, Christine Elizabeth Rogan, both of Fishers Island, and her sister, Priscilla (Rogan) Derieg of Costa Mesa, California, and her brother, Donald Eric Rogan of Long Beach, California, along with three nieces, one nephew and one grandniece.

Jill loved football (Go Pats!), cooking, going to the beach and traveling with friends across the country in an attempt to visit all the NFL stadiums.  She was a strong, independent and kind woman always willing to lend a hand.

A celebration of life will occur at a future date.