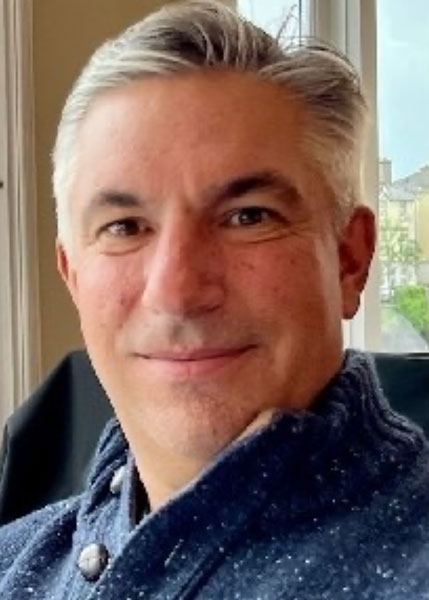 From 1993 to 2004, Darren was a teaching golf professional where he taught and worked at some of the most elite clubs in the United States including the Jupiter Hills Golf Club in Jupiter, Florida; the Lost Tree Club in North Palm Beach, Florida; Val Halla Golf Club in Cumberland, Maine; and Fishers Island Golf Club in Fishers Island, New York. The golf course was the place where Darren felt at home and excelled with his putter and driver, always striving for that perfect swing. Darren learned from professionals including Master Professional Bill Davis and PGA Tour Coach Rick Smith. In 2008 Darren was the Flight Club Champion at Fiddlers Elbow, CC in Bedminster, New Jersey, and in 2009 he was the Stroke Play Champion at Fiddlers where he continued to be a member.

Darren put the teaching and communications skills he developed as a teaching professional into his accomplished career in sales and engineering. For four years he worked in Sales and Marketing at Monsen Engineering in Fairfield, New Jersey. Darren then served as Vice President for ATI Engineering in Newark for ten years. For the last two years, Darren was the Account and Project Manager for Binsky Mechanical in Piscataway.

Darren’s deep faith and commitment to put his faith into action was at the center of his life and volunteering efforts. He reached out to the poor and powerless in the community where he lived by serving as Chairman of the Morristown New Jersey Salvation Army Advisory Board and volunteering at the Market Street Mission and the Morris County Jail. Darren shared the Good News of his faith, “serving as the hands and feet of Christ” by mentoring others through the Market Street Mission Bible Study Group. At the time of his death, Darren was in his junior year of Divinity School at Manna University.

Although Darren worked and taught at some of the most elite golf clubs in the US, his close friend Will Murphy said, “Darren was most comfortable with the people who lived on the margins of society. He always wanted to improve the lives of those who were struggling whether by the choices they made or the bad break they got in life. Those are the people he really wanted to be around. In Darren’s life, we have a beautiful example of a person who was always putting others first. Darren would ask, ‘Where’s the kid who had the rough upbringing, or was struggling with an addiction, and he would make sure he would find him and help him. Darren did that for others and he did that for me. He did the same thing on the golf course. He would help another player by giving them a pointer or a tip.” Darren began a class at the Market Street Mission Bible Study to teach the men the skill of caddying so they would have a job once they completed their treatment program.

Without question, the most important moment in Darren’s life was meeting his future wife, Trish O’Keefe in 2002. On his way to Fiddlers Elbow Golf Course, Darren made a brief stop in Morristown to see his family when he met Trish. That beautiful moment of destiny led to 20 years of the most fulfilling and happy relationship. Trish and Darren married in 2006 and have lived in Morristown and Seaside Park, New Jersey. Darren has been a lifelong fan and member of Raider Nation, “Beware the attack of the Silver and Black!” He will root for his wife’s beloved Giants if they weren’t playing the Raiders. Darren’s older sister Jacqueline remembered Darren and his snorkel Raider jacket and his love of professional wrestling. “Darren was a wonderful uncle. He was the fun, playful and youthful uncle who would take our kids on the roller coaster rides and play wild games of Frogger on the Jersey boardwalk. He was fun and he was hilarious. And yes, he also had a serious side where he spoke of his faith. He believed so strongly in accepting the gift of God’s grace. He would say, ‘You can’t earn it, Jackie, it’s a gift.'”

Darren is survived by his loving wife of 16 years, Trish O’Keefe. He is also survived by his father, Stephen and his wife Catherine Siker; his brother Stephen Siker, Jr.; his sister Jacqueline and her husband Robert Garafalo; and his nieces and nephews Casey Garafalo and her fiance Vaughn; Robert Garafalo and his wife, Kristen; Heather Hochstetler and her husband Gery; and Melissa Sinopoli who lived with Darren and Trish and who he affectionately called “Sweet Melissa”.

Darren will be missed by a large and loving community of family and friends including his faithful black lab, Gipper. The wake will be held this Thursday at Doyle Funeral Home in Morristown from 4:00 to 8:00 p.m. a funeral Mass will be held at 10:00 a.m. on Friday at the Assumption of the Blessed Virgin Mary Church in Morristown. The burial will follow at Mt. Calvary Cemetery in Butler. In lieu of flowers, Darren’s family is asking for donations to be sent to the Market Street Mission and Morristown Salvation Army.