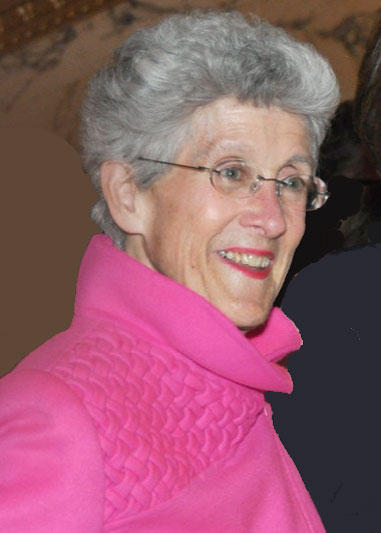 Bunty Armstrong passed away peacefully with her family by her side. Bunty, the daughter of Janet Stone Jones and Edward Cox Brewster, was predeceased by her husband of 48 years, Thomas N. Armstrong, III, the former director of the Whitney Museum of American Art, and a sister Diana Brewster Pettus. Bunty is survived by her sister Janet Brewster York, her brother Benjamin Brewster, four children Thomas N. Armstrong IV, Whitney B. Armstrong, Eliot Foote and Amory Armstrong Kenny and eight grandchildren Quinn, Kate, and Ellie Armstrong, Toby Armstrong, Whitney Foote and Nicholas, Eliot and Alex Spizzirri.

Bunty was a diehard New Yorker who was happiest in the city she loved and made home for her entire life, except for brief stints in Williamsburg, VA, Philadelphia, PA and Pittsburgh, PA for her husband’s positions as a museum Director and visits to her family’s farm, Lanark, in Charlottesville, Virginia, where she developed a lifetime love of horses.

Bunty spent her childhood summers at both her family’s Adirondack camp Longwood on Spitfire Lake and on Fishers Island, NY. Later, she and her family continued to make Fishers Island their summer destination.

Bunty attended The Chapin School, The Master’s School and The Knox School. She was a long time member of both The Fishers Island Club and The Hay Harbor Club on Fishers Island, NY as well as The River Club, The Cosmopolitan Club and The Knickerbocker Club, all in Manhattan. Bunty was a long-time sustaining member of the New York Junior League, a volunteer and supporter of the Women’s Prison Association, and a supporter of the City Gardens Club of New York City. From her love of horses, she became head of the Ladies Committee of the National Horse Show.

In lieu of flowers, Bunty’s family asks you to make a contribution in her memory to the Women’s Prison Association, 110 Second Ave, New York, NY 10003, wpaonline.org/donate.

Bunty will be interred in a family ceremony in the Brewster family plot at the Memorial Cemetery of St. John’s Episcopal Church in Syosset, New York. A memorial service in Bunty’s memory will be held at 11:00 am, November 10, 2022 at St. Bartholomew’s, Park Ave.