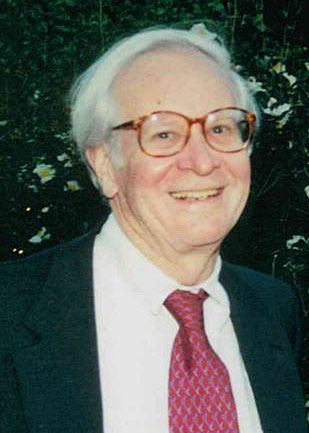 An alumnus of the New Orleans Academy where he served as Cadet Major, he went on to graduate Phi Beta Kappa from Tulane University in 1960 with a degree in Economics. From there he enlisted in the U.S. Navy, serving as a Supply Corps Officer, before earning an MBA from the Harvard Business School in 1964. Following graduate school, he became an Economic Advisor to the Agency for International Development, U.S. Department of State. In 1966, Chip married the former Ella Smith Montgomery of New Orleans and subsequently joined the national investment counseling firm Loomis, Sayles & Company at its Boston headquarters.

After two years in the Boston office, Chip expanded Loomis, Sayles’ presence to New Orleans, where he served as its Vice President and Managing Partner. In 1978, Chip founded his own investment counseling firm, Walter C. Flower & Company, Inc., providing investment strategy and management for individuals, families, charities, and businesses. Over the next 44 years, until the time of his death, Chip worked as the Company’s President. For his distinguished career in the field of finance and investing, Chip was recognized in “Who’s Who in America” and “Who’s Who in Finance and Industry.”

In addition to helming his own firm, Chip held several leadership roles on corporate boards including Director of Lusk Shipping Company, Inc. (1965-1995); Chairman of the Executive Committee of Southern Vital Records Center, Inc. (1980-1990); and Director of the Starmount Company (1981-2008).

But there is no doubt his service to the community through his involvement with many civic and nonprofit organizations represented Chip’s most rewarding life’s work. He served as Chairman of the Tulane Health Sciences Center Board of Directors, as a member of the President’s Council at Tulane University, and as Chairman of the Finance Committee of Tulane University Medical Center. In 2005, he was awarded the Tulane Alumni Volunteer Award in recognition of his service to the University. Chip also spent many years volunteering his time and investment expertise to Trinity Episcopal Church and was a board member of the Metropolitan Crime Commission.

Following the devastation of Hurricane Katrina, he was appointed by the City Council to serve on the Industrial Development Board of the City of New Orleans, later assuming the role of Chairperson. He was honored to be part of an organization that has issued approximately $650 million in low-interest bonds to local developers to help rebuild the city post-Katrina and also created a job match program in partnership with HANO to place hundreds of people in positions of meaningful employment.

Chip took great pride in Louisiana’s architectural heritage and was deeply committed to its preservation. He was an early founder of the Faubourg St. Mary Corporation, a preservation organization that was the catalyst for the revitalization of both the Warehouse and the Central Business Districts. He was a past President of both the Garden District Association and the St. Charles Avenue Association, and served on the boards of Longue Vue House and Gardens, the New Orleans Botanical Garden, Rosedown Plantation, and the Beauregard-Keyes House.

Outside of his professional and charitable responsibilities, Chip enjoyed several hobbies and interests. He was a lifelong sailor, from racing prams as a child on Lake Pontchartrain to IODs around Fishers Island Sound in his later years. Gardening, antique collecting, and interior and architectural design all provided creative outlets. And, as all who knew him will attest, he was an unabashed animal lover. He had over 33 dogs during his lifetime, many of them rescues. His dogs were his constant companions; they were by his side at home, riding in his car, and under the desk at his downtown office. Chip shared his love of animals with his daughter Lindsey and was vital to the creation and continuing operation of her equine rescue sanctuary in Folsom, Louisiana. A true testament to his steadfast commitment to helping those most in need, the sanctuary represents a significant part of Chip’s legacy.

Chip will be remembered as a man of unfaltering loyalty. He had a fierce work ethic, uncompromising standards, and a deep faith in God. No one who had the privilege of knowing Chip will likely forget his readiness to lend a helping hand, boundless energy, affinity for relaying witty vignettes, or his encyclopedic knowledge of the city’s genealogies. He was a combination of generosity and humility, preferring private acts of charity over public recognition.

Chip was predeceased by his parents. He is survived by his wife Ella, daughters Anne Flower Redd (Edmund) and Lindsey Montgomery Flower, and granddaughters Elizabeth and Fleming Redd, all of whom he was very proud.

The family wishes to express its sincere appreciation to Dr. Oliver Sartor, Dr. Charlie Smith, and Sue Singer and her devoted group of caregivers. Chip was extremely grateful to Martha, Ned, and Johnny Speed for their years of dedication and support. And for their friendship and spiritual guidance, a heartfelt thank you to the Reverends William Miller and Winston Rice.

For those who wish to make a memorial tribute to Chip, the family kindly suggests that they be made in the form of charitable donations to the Island Health Project, the Henry L. Ferguson Museum or the Fishers Island Conservancy.