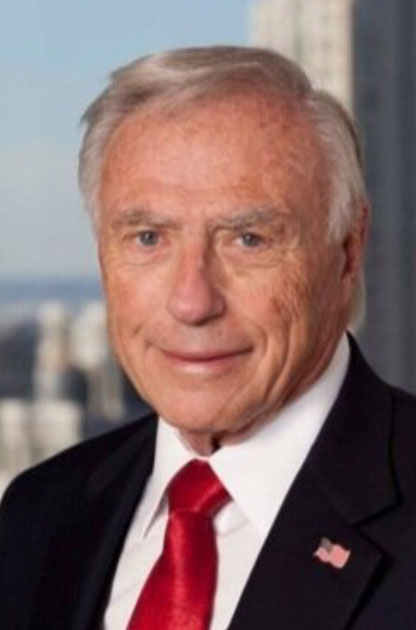 Arnold Fisher, beloved husband, father, grandfather, and great-grandfather passed away at the age of 89 on Sunday, September 11, 2022.

Arnold served as a Senior Partner at Fisher Brothers, his family’s fourth- generation real estate development firm. During his career, Arnold was responsible for the construction of more than 15 million square feet of commercial and residential properties and left his indelible imprint on the Manhattan skyline and cityscape.

Committed to philanthropy, Arnold’s wide-ranging philanthropic endeavors focused on assisting members of the armed forces, veterans and their families, particularly those who died or were wounded in action. Among his many accomplishments, Arnold spearheaded the Intrepid Fallen Heroes Fund’s construction of the Center for the Intrepid, a physical rehabilitation center at Brooke Army Medical Center in San Antonio, Texas for military personnel with amputations and severe burns; the National Intrepid Center of Excellence (NICoE) on the Navy campus in Bethesda, Maryland, a 72,000-square-foot state-of-the-art research, diagnosis and treatment center for service members diagnosed with traumatic brain injury and psychological health conditions; and 10 Intrepid Spirit Centers, satellites of NICoE on military bases to assist service members closer to their home bases. He also served as Chairman of the Board of Trustees of the Intrepid Museum Foundation and Vice Chairman of the Fisher House Foundation, an organization founded by his uncle, Zachary Fisher, that builds comfort homes where military and veteran’s families can stay free of charge, while a loved one is in the hospital. Additionally, Arnold oversaw the Fisher Brothers Annual Scholarship Fund for military children.

For his lifelong commitment to philanthropy and service to the military community, Arnold received the 2008 Presidential Citizens Medal from the White House and the Patriot Award from the Congressional Medal of Honor Society. Additionally, in 2005, he became an Honorary Knight of the British Empire for his outstanding contribution to the welfare and well- being of families of British Armed Forces personnel and his leadership in support of closer UK-US Relations.

Donations to honor Arnold Fisher’s memory may be made to the Intrepid Fallen Heroes fund.