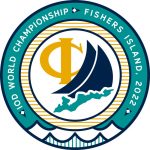 The IOD World Championship is sailed in Fishers Island waters this year. We are hosting 16 teams from 5 countries as they race in the most competitive championship fleet in years. This regatta will host 5 past World Champions plus the Defending Champion who hails from Northeast Harbor in Maine.

The boats will include 3 lent from Marblehead to make up 12 boats racing. During each race 4 teams will have a bye. After every race, the teams with a bye will get into a racing boat from our “change boats”, the replaced team moves to a new boat and eventually the last team remains in the “change boat” as they observe the next race with a bye.  FIYC members will assist by driving the change boats, inflatable boats lent to the regatta by club members.  It is a tradition in the IOD class to change their racing boats after every race since the goal is to determine who is the best skipper, not who has the best boat!

We plan 16 races from Sunday, Sept. 18 through Friday, Sept. 23. Racing begins at 10 each morning and will continue through late afternoon. Spectators are welcome either in their own boats or from the shore. Racing is planned to be in West Harbor and good viewing should be possible from the closed road around the Three Sisters. Conditions might force moving the race course out of West Harbor, but that should be known by the beginning of racing, and such information will be available at the Yacht Club. Contact Beth at the Yacht Club, 788-7036 to learn more.

IOD World Championship
Standings After 4 Races
Monday, September 19
A reminder: There are 16 teams rotating through 12 boats. Ideally, every team will sail each boat once. In order to do this, every 4 races, each team has a bye. Today, a dying breeze in the morning gave way to a healthy system in the afternoon. However, the line of thunderstorms coming up from New Jersey sucked the air out of the system and only one race was held today. However, it was enough to give us our first official standings!

IOD World Championship
Standings After 8 Races
completed Tuesday, September 20, 2022
While the weather is unpredictable, the caliber of the racing continues to be world-class. Lots of challenges for the teams with a really unsettled and frankly downright weird weather system moving in over days 2 & 3. Monday, after a lengthy postponement to wait for the breeze to settle, came in with a vengeance. However, after just one race, it died out again. On Tuesday, three races were sailed, but again, the shifts kept everyone guessing from leg to leg. Currently, on Wednesday, we are waiting again for the breeze to fill in.

Regatta Chairman Bill Reed addressed the assembled sailors on the Clubhouse lawn this morning. He sees two more days of racing: Wednesday and Thursday, hopefully getting 4 races off each day. Due to the boat rotation, races need to be completed in sets of four in order for the results to count. Friday is looking like seriously heavy weather (30+ knot winds), and racing is not anticipated that day.

Fishers Island’s Team Zallee is currently in 1st Place, Team Norwegian Wood is in 3rd, and Team Jester is in 6th. Good luck to all the competitors. 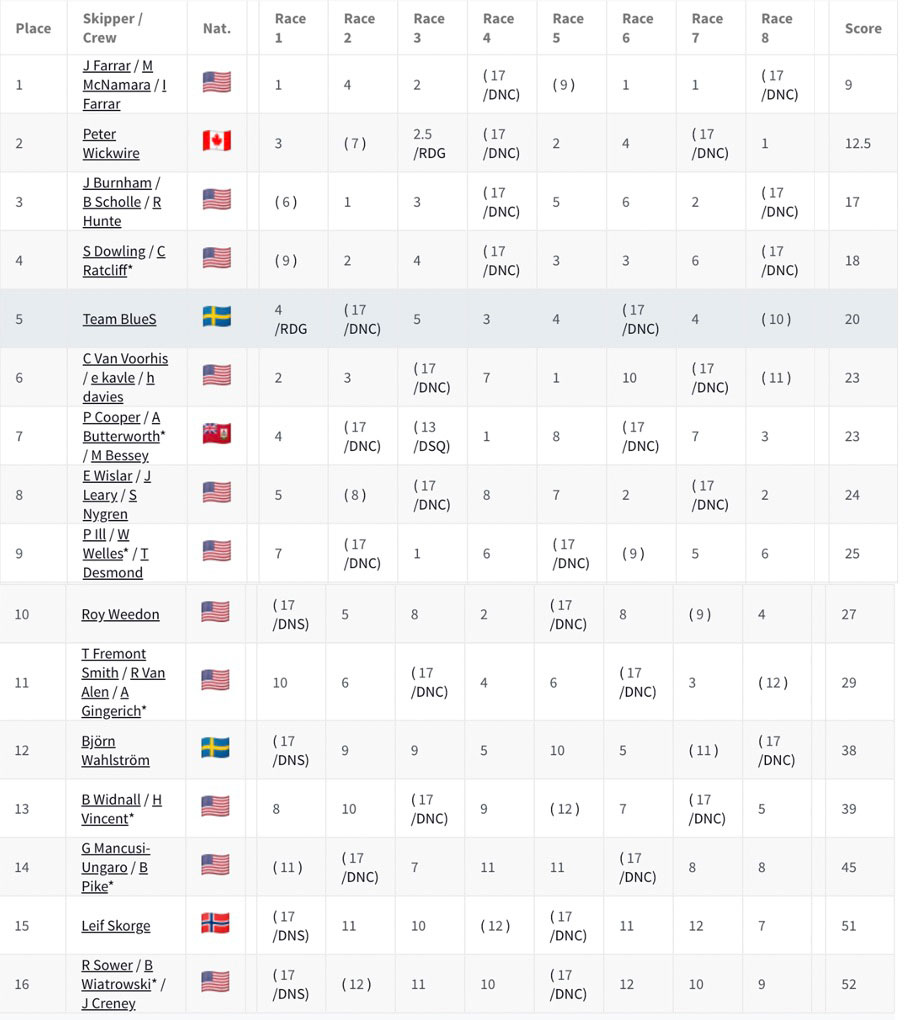 IOD World Championship
Race 10 Abandoned due to severe weather
Rain, wind, waves
Thursday, September 22, 2022
The Race for today has been cancelled due to the weather. The crews all came in after starting a race this morning where they had already gone around one time and had started around toward the windward mark the 2nd time when the race committee called the race due to lightning strikes in the area and moving towards the racers.

Please check back as photos are added to this Gallery during the week.
Thank you to the photographers including Steve Head.

Brush up on your International One Design history and brief summary of the regatta. Jonathan Farrar, IOD Fleet Captain, contributes to IODs Fly Again at Fishers: Prelude to the 2022 Worlds by Tom Darling in the September edition of Wind Check magazine.