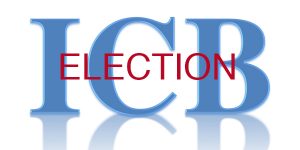 The ICB would like to thank everyone who participated in the 2022 election, and for your continuing support of the Island Community Board.

The new ICB seasonal and year-round representatives will each serve a three-year term beginning at the October 11, 2022 meeting.

The election results will be read at the September meeting and entered into the meeting minutes.

The Island Community Board (ICB) continues its work on behalf of the entire Fishers Island community as the central forum for the discussion and promotion of island priorities to the Town of Southold.

August 15-19, 2022, the ICB membership will be electing one new Seasonal Representative and one new Year-Round Representative for up to two consecutive three-year terms, to replace  Willard Soper and Nate Malinowski, who are reaching the end of their second term. (The By-Laws state that an individual must step down for a year after his or her second term.)

The ICB is pleased to present the following candidates for election as Seasonal and Year-Round Representatives to the Island Community Board.

This year Fishers Island’s ICB members* will be voting to elect (1) Seasonal, and (1) Year-Round representative, each for an initial three-year term.

You will find a statement and short bio by each candidate below: 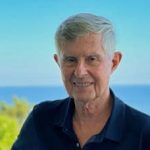 Thank you for the opportunity to be considered for election as a representative of seasonal residents on the Island Community Board of Fishers Island.

Members of the ICB board asked me to participate in their recent response to the Southold legislation concerning the proposed tax designated for affordable housing. This gave me direct experience with how ICB works and how ICB might help to address housing issues on Fishers, as well as the other complexities of being a small part of the Town of Southold.

I am also very concerned about infrastructure costs on Fishers – electric and water in particular – as these costs affect the affordability of living here, for all residents. Professionally, I have had some experience with electric utilities, regulation, rate structures, and renewable energy. I would love to see more renewable energy used here, but only if it improves the economics for all ratepayers. I also think we have some major challenges ahead with respect to our water supply and distribution.  Because Fishers has such small scale, we will have to work hard to keep costs down. I would hope that I could add something to the process of finding solutions to the difficult issues in these areas.

I have been an officer and a director of Island Health Project for decades. This experience has given me a window into the complicated issues our local population faces in obtaining health care, and especially health insurance. We are losing too many people because of problems in obtaining health insurance. We have to find ways to stop losing population because of this issue.

I have also served as an officer and a director of Fishers Island Recreational Path Foundation since its founding about 15 years ago and, more recently, as a Governor of the Fishers Island Yacht Club.

I hope that you agree that my knowledge of the Island and my professional experience will enable me to make helpful contributions as a member of ICB. 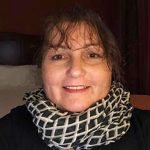 I appreciate the opportunity to be considered for the year-round representative to the ICB. I believe ICB’s mission to help keep islanders informed is a vital step in sustaining this amazing and unique place that I have called home for 22 years.

After growing up in Westerly, Rhode Island, and working as a dental assistant, I came to Fishers Island as a full-time resident in 2000. I was introduced to Fishers through my husband’s work, but I was quickly attracted to the island as a safe and appealing place to raise a family. Our sons Craig and Camden, who are now 22 and 18, were both born at L+M and I enjoyed the unique experience of bringing tiny newborns home on the ferry.

Over the years I have come to understand the issues and complexities of living on Fishers year round and I believe that is the perspective I could bring to the ICB. I don’t have all the answers, but I understand the pressures.

When our children were young, I helped manage my husband’s contracting business (Walsh Contracting) so I am familiar with running a business here and all the issues that surround that. Over the years, I have also had experience caretaking other people’s properties. I’ve done many years of fundraising for the School and, as a parent, have been very involved with the School. I served on the Fishers Island School Board for 8 years and gained firsthand knowledge of how the school runs. Specifically, I served on the Housing Subcommittee.

In my current role at the Community Center, I have seen another angle of life on Fishers as we have welcomed more and more people into the building, expanded our programming, cooked community dinners, etc.

Fishers has been my full-time home for most of my adult life. IHP is our primary health care, Our Lady of Grace is our church, the Fishers Island School educated our children, and my husband and I both have worked to support people and businesses on Island. It is from this viewpoint that I think I could be helpful to the ICB. 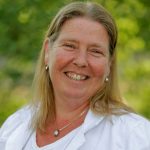 I was born and raised on Fishers Island, attending and graduating from the Fishers Island School. I grew up with the freedom and beauty of Fishers – attending IPP every summer, sledding on the golf course, and skating on the Duck Pond in winter. I thought that being allowed to go off on a bike at a young age for adventures with friends, with no fear by my parents greater than a skinned knee, was normal.

Leaving Fishers to attend Syracuse University was a bit of a shock – there were more people living in my dorm than the population of the island! – but it was a great experience. I later went on to attend the Royal Veterinary College, becoming a veterinarian. Through those years Fishers was always my home base to come back to. Almost two years ago I got the opportunity to move back full-time, something that I never thought would be possible. I now commute off island four days a week to my job at Stonington Veterinary Hospital, where they put up with my strange schedule and frequent cries of “but I have to make the Popeye!”.

During my home time on Fishers, I enjoy all of the things I loved about growing up here – uncrowded beaches, evening bonfires, and the spectacular sunsets – while helping with the various veterinary issues that arise in an isolated community. I would be happy to have a few drinks and tell you all about stapling a dog back together on the tailgate of a pickup truck in my driveway the other evening. I must have missed that lecture in vet school because it was a bit of a rodeo.

My parents, like most year-rounders of Fishers, worked just about every job you can think of over the years – caretaking, house cleaning, the club and the electric company, working parties in the summer. I did much the same to pay for college – from house cleaning to the club to evenings spent in black and whites working the summer parties. I know what it is to work flat out for the few busy months of summer, landing exhausted come Labor Day, to try to make it through the slower off season months.

As we all know, year-round housing remains an ongoing issue – my parents liked to tell how they moved 5 times in the first 4 years of their marriage. Access to medical insurance is also a major issue for a community with so much seasonal employment and so many people working 5 “part-time” jobs, none of which offer medical insurance. These are issues that need our continued focus to allow our community to stay strong and healthy.

*REMINDER: Once you self-select as a seasonal or year-round community member you will vote for 1 candidate in your chosen category. Members of the Fishers Island community age 18+ may become ICB members and vote in the election.

The candidate with the most votes in their identified category will fill the open 3-year term of Seasonal or Year-Round Representative.

Information on voting and link to the ballot will be sent to ICB community members and posted when the ‘polls’ open Monday morning.

ONE VOTE PER PERSON

THANK YOU FOR PARTICIPATING IN THIS ELECTION