17 boats (including 12 from Fishers Island) competed in racing this weekend.

The 2022 Bullseye National Championships are in the books!

Congratulations to Meris, Kathrin, Oliver, Jennifer, Brad, and Tucker on your achievement, and well done to ALL of the Fishers Island Bullseye fleet that raced this weekend, and everyone in the fleet and on the island that helped on the water and off. 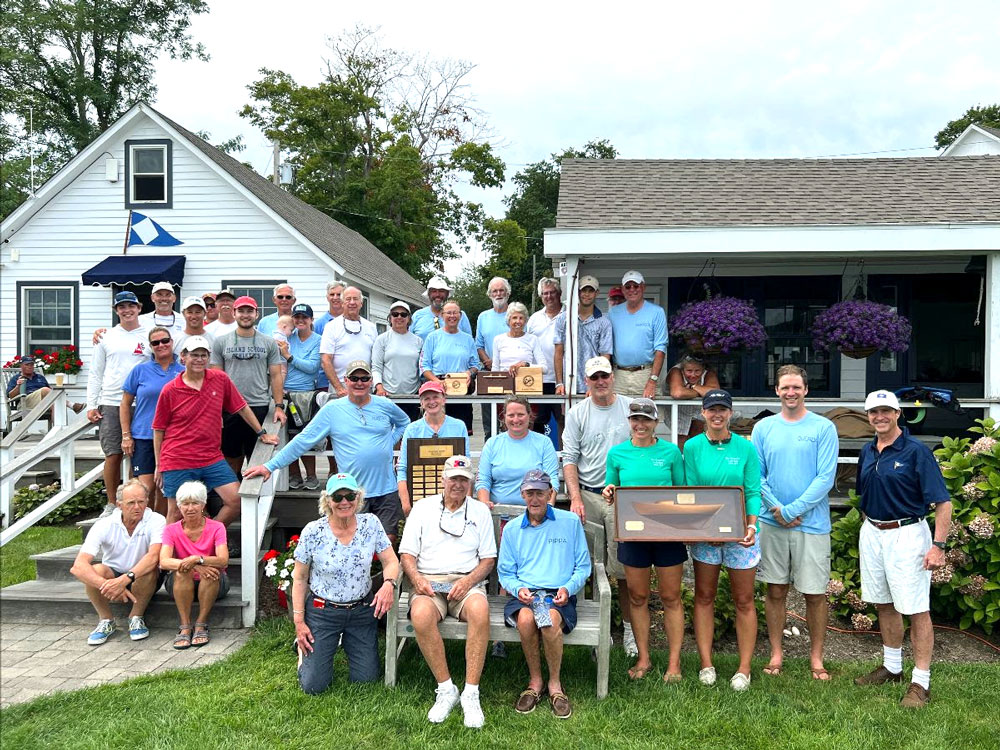 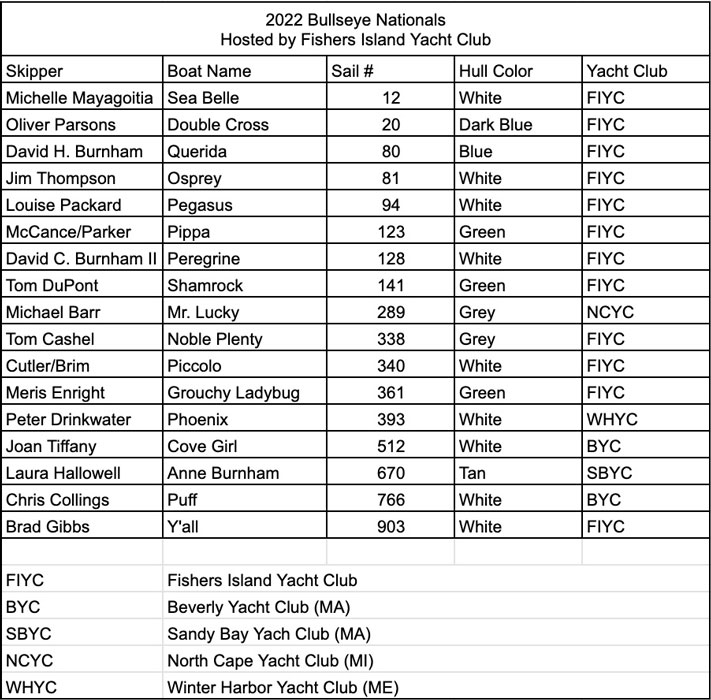 Please send us any great photos and videos you took of the racing or from the parties so that we can share them via social email. Send them to bullseyenationals2022@fiyc.net with a short description and who should receive photo credit.
Sincerely,
The FIYC Bullseye Nationals Committee 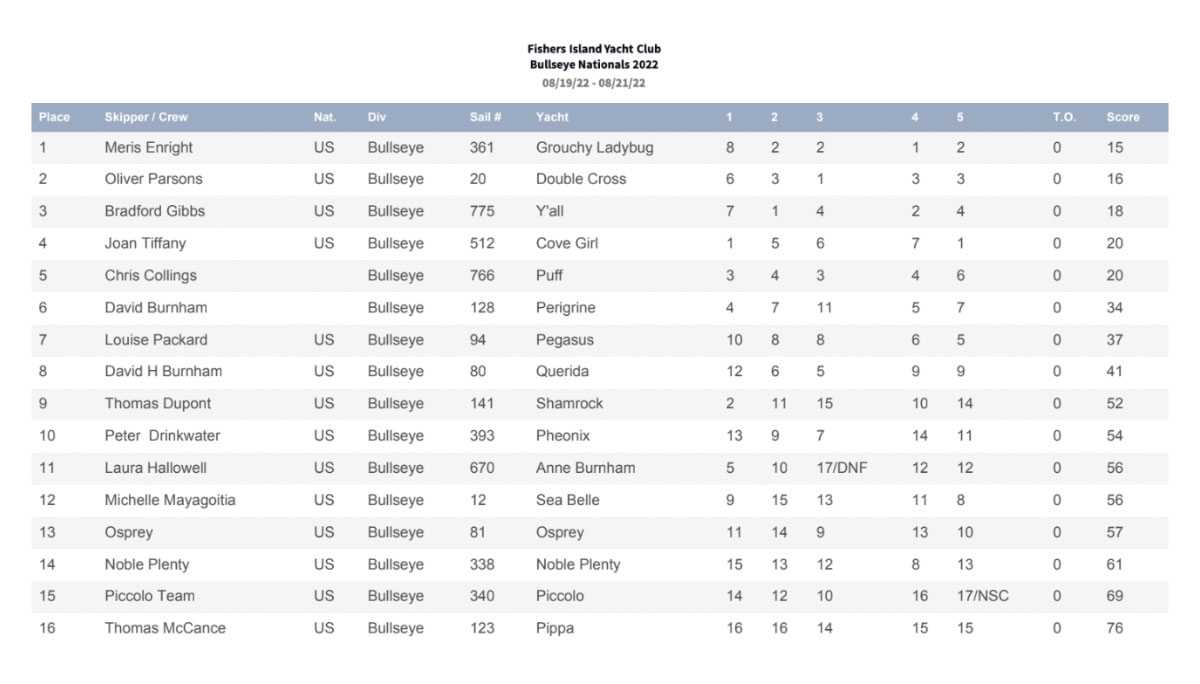 Last summer, John Burnham chronicled the history of our fleet for Windcheck magazine. You can read the article and learn about the days when the results of Fishers Island racing were published in the Hartford Courant here.
RACING RESULTS

Yesterday we celebrated the conclusion of the Bullseye Nationals Regatta at our clubhouse. Sixteen teams, four yacht clubs represented, five races, all sorts of wind conditions. You may have seen the results distributed last night.

This event was special in many ways and I am eager to highlight some of them:

This regatta was led and organized by members Louise Burnham Packard and David H. Burnham. FIYC and especially club manager Beth Arsenault provided invaluable logistical support but this event’s success was member-driven. At FIYC, members with good ideas and dedication have made / are making many of our most special events happen this year  – the deep sea fishing expedition, adult and women’s sailing instruction, and the IOD Worlds in September are just some that come to mind. We have a small staff who do a great job and to whom we owe much gratitude but it is members that drive many of FIYC’s activities. That is a special distinction to highlight and encourage!  A BIG thank you to members devoting time and effort and talent to arrange such memorable events.

So, in closing, kudos to Louise and David for a very successful, highly competitive and totally enjoyable regatta. Congratulations to National Champions Meris and Katherine, runners-up Oliver and Jennifer, and third place finisher Brad and Tucker Gibbs. Thanks to all who participated and contributed time and effort to make this event first class. You have made us all proud!