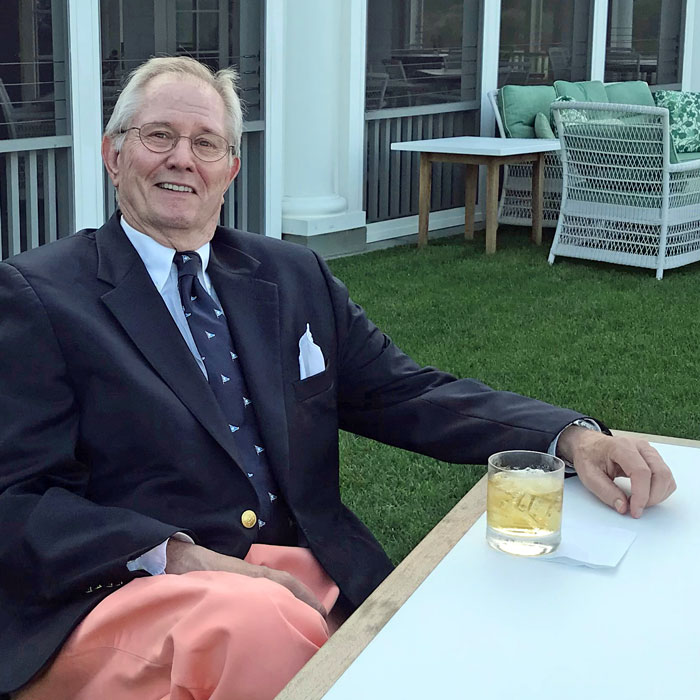 Michael L. Laughlin passed away on May 26, 2022. Born in 1944 to Thomas and Louise Laughlin, Michael graduated from the former Aiken Preparatory School, the Brooks School in North Andover, MA, and the University of Virginia in Charlottesville, VA. He attended the University of South Carolina School of Law in Columbia, SC, but withdrew to enter politics and, in 1968, was elected the youngest State Senator in South Carolina’s history.

Michael was an astute businessman and over the years was engaged in the aviation, radio broadcasting, real estate development, automobile, utility, maritime, banking, and media production industries. He was Chairman of Eagle Aviation, which he founded in 1967, and operated timber and equine activities at Mill Race Farm all his life. His advice and support in business and political endeavors was sought by friends, associates, and acquaintances.

A lifelong resident of Aiken, SC, Michael gave generously of his time in leadership roles at the Green Boundary Club, the former Aiken Preparatory School, and Hitchcock Woods Foundation. Michael was a horseman and aviator, flying both fixed wing aircraft and helicopters, and enjoyed boating and spending time during the summer with his family and many close friends at Fishers Island, NY. Michael was a very active leader in the Fishers Island community and served as President of the Utility Company for many years. Michael was also Commodore of the Fishers Island Yacht Club in 1970-1971.

Michael was predeceased by his parents, his brothers, Timothy and James, and his beloved partner William E. Howard, III, and is survived by a niece, nephews and great nieces and nephews.

Memorials may be directed to Brooks School in North Andover, MA.

Michael’s online guest book may be signed by visiting www.shellhousefuneralhome.com