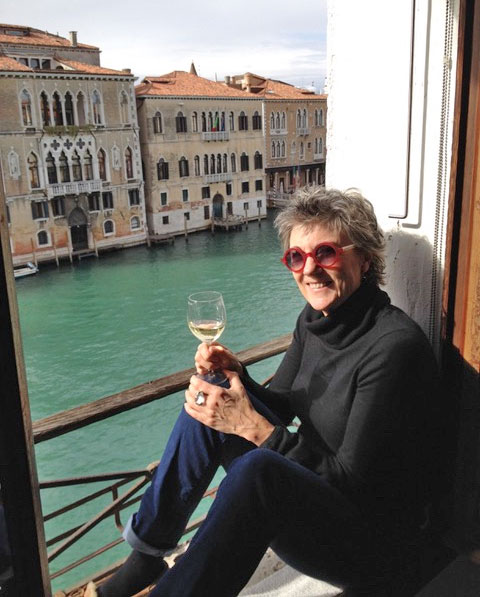 Marjorie “Mimi” Minturn Parsons, died at her house on Fishers Island on April 17, 2022, age 70. The cause was ovarian cancer.

Born March 7, 1952, in New Britain, Connecticut, Mimi was the daughter of Harris Bateman Parsons and Elsie White Parsons.  She was raised in Providence, Rhode Island, graduated from The Masters School in Dobbs Ferry, New York, and attended Boston University.

In July 1982, Mimi married Tom Siebens, then an associate and, subsequently, a partner with the law firm Milbank LLP.   Their twin daughters, Hannah and Mackie Siebens, were born in 1989 in New York.  Mimi made new homes for the family with each of Tom’s foreign postings: to Milbank’s office in London in 1990, Singapore in 1994 and, again, London in 1997, the city that remained the couple’s home.

She also worked wherever she found herself.  During her long career as an advertising sales executive, Mimi sold advertising space or time for the Kennedy Center in Washington, D.C., a country music radio station in Virginia, the rock radio station WPLJ in Manhattan, a start-up cable network in Westchester County, a precursor company to Skype in London, a Chinese language karaoke cable station in Singapore, and Multimap Ltd., an internet mapping company in London that pre-dated Google Maps.

The only sister among four brothers, including triplets, Mimi was a dynamic member of the family; in later years they fondly called her “The General”.  She was a skilled planner, hostess, chef, baker, gardener, sailor, photographer, jeweler and ceramicist, and had a keen eye for fashion. She loved life and travel abroad, exploring with Tom in recent years Egypt, Iran and, nearly every February, their beloved Venice, Italy.

Along with Tom, Hannah and Mackie, Mimi is survived by Mackie’s husband David Lindholm; Hannah’s fiancé Robert Lalonde; brothers Bobby, Harris, Ged and Reyn Parsons, their spouses, children and grandchildren; and by Tom’s siblings Jennifer, Hilary and Geoffrey Siebens and their families.

The family expresses its profound thanks to Mimi’s many caregivers. They include Dr. Elena S. Ratner at the Yale School of Medicine, Dr. Chris Ingram and his team at the Island Health Project, and, for her last sea crossing, the EMTs and Sea Stretcher crew. In lieu of flowers, please consider a contribution to the Smilow Cancer Hospital at Yale New Haven Hospital, the Island Health Project or to the FIFD Sea Stretcher Fund, PO Box 505, Fishers Island, NY 06390.

A memorial service for Mimi Parsons will be held on Saturday, June 18, 2022, at 11:15 a.m. at St. John’s Church, Fishers Island, N.Y., followed by a reception at the home of Bobby and Susie Parsons.