A Little Help from Friends

How can we help our Ukranian friends and colleagues?

While it is so important to send thoughts and prayers in this unsettling time, there is a movement afoot to do a bit more.

A small group of Islanders has prepared dinner several times for the Ukrainian contractors who work for BD and stay on Fishers during the week. With just one short ask by Michele help started to roll in. People called from off island to pay for fruit and grinders, Karen is supplying rotisserie chickens and doing a dessert, Amy is making peas, mashed potatoes and muffins, Michele is getting drinks and lunch snacks and will bring a stuffed bread on Thursday, and April baked something delicious. Michele said, “So many summer angels have asked to help too.” Oleh (one of the on-island contractors) gave Michele the website for donations to support the Ukraine army. And another that supports the women, children and families fleeing at borders.

People are putting Ukrainian flags in their windows to show their support.

In the weeks to come there will be more information coming from the news outlets on how one can be supportive.

For now, if you want to make your own flag, it is super simple!

The national flag of Ukraine has two equally sized horizontal bands of blue and yellow (Constitution of Ukraine, Article 20). The combination of blue and yellow as a symbol of Ukrainian lands comes from the flag of the Kingdom of Galicia–Volhynia used in the 12th century. As a national flag, the blue and yellow bicolour has been officially used since the 1848 Spring of Nations, when it was hoisted over the Lviv Rathaus. It was officially adopted as a state flag for the first time in 1918 by the short-lived West Ukrainian People’s Republic and subsequently used by the Ukrainian People’s Republic. When Ukraine was part of the Soviet Union, the flag was outlawed and, before 1949, there was no official state flag until the adoption of the red-azure flag of the Ukrainian SSR. The blue and yellow flag was provisionally adopted for official ceremonies in September 1991 following Ukrainian independence, before finally officially being restored on 28 January 1992 by the parliament of Ukraine.[1][2] Ukraine has celebrated Flag Day each year on 23 August since 2004.

Flag of the head of state

Throughout the history of Ukraine, various heads of state have used different flags. The designs differ according to the historical era they were used in and in accordance with the political scene in Ukraine at the time. The first flag to be used by a head of state of Ukraine was that of Pavlo Skoropadskyi. The current design, the flag of the President of Ukraine, was adopted in 1991. In 2022 the President of Ukraine used a variant where the left side of the blue upper-half contains the coat of arms of Ukraine. 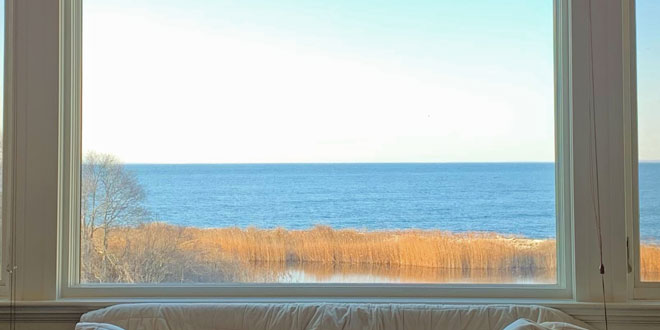 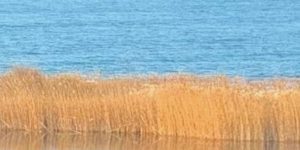 Reminders in our world. Photo by Marc Claflin March 22