IN MEMORIAM: David A. Doucette 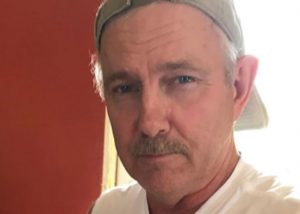 David was the 4th child born to Wilfred and Shirley (Harris) Doucette on February 5, 1960 in Bangor, Maine.
He grew up on Fishers Island, NY. It was there that he made lifelong friends while in school, while working for Henry, while at the beaches, while living at the ‘heartbreak hotel’ and going to the Pequot where he became a disco king (thanks Tommy Tunes).

David wanted more, so he did more. He had dirt bikes, fast cars, and boats. He moved to Texas (not one of his better choices), back to ‘the Island’ then drove to California taking the coastal route down to Florida then onward to California. He seemed to like it there, it was, after all, close to Vegas, and boy did he love Vegas. After a life-altering car accident in the mid ’80s, David came back to ‘the Island’ to be with family so that he could start the long road to recovery. This was the first time he was knocked down, but he fought, and he fought hard to regain his independence, which he did.

It was in the late 80’s that he moved to Maine to be next to his sister Brenda and (his best friend) Lance. He was always kept on his toes by his young nephews Dan and Brad, this is when he became known as ‘Uncle Buck’.

He met his wife, Kathy while living in Dennysville. She accepted him for who he was, and they did what they wanted when they wanted. They traveled to England to visit Kathy’s family, throughout the New England states, West Virginia, Arizona, Florida, and of course Vegas! Did I mention David loved Vegas?

When David was diagnosed with colon cancer in 2015 he didn’t give up. He fought hard; he wouldn’t give up. He was alive and that was what mattered. He continued to live life, working around the yard, caring for many animals, and helping people in need. While most of us probably would have given up, he lived with the hand he was dealt.

David was dealt many hands in life (did I mention he loved Vegas?) Many of these hands were good hands…family, friends, and faith. Then came the hand where the odds were not so good, but he didn’t fold, he kept the bet going, playing the hand as long as he could, but the good cards weren’t being dealt anymore.

We had one last brothers/sister get-together, David wanted one last trip to Vegas, but since we couldn’t get him there, we took him to the Casino in Bangor. He told each dealer, “we are all family at this table” and would tell them our names. We had a great time, he was so happy to have us all together. We played cards, we laughed and we cried.

The dealer won. Or did he? Maybe David is the one that won the last round. He is no longer in pain! He is Free of everything!

Yes, David’s soul left us today, but the memories we all shared with him will be with us forever.

David is survived by his wife, Kathy, who stood by his side for the good times and then the most painful times, his mother, Shirley Doucette Michaud, who loved her baby boy to the moon and back, his brothers, Joe (who wouldn’t play blackjack the ‘right way’); John and his wife Debbie, his favorite sister-in-law, (who made a special trip to play blackjack with him); his sister Brenda Donaghy (who had to ask him ‘hit or stay’ almost every hand) and her husband Lance (his best friend). He is survived by his step-children Chris, Heather, Nick, Jay, Sean, and Marie, and many grandchildren. He is also survived by his nieces Laura, Megan, and Brittany and their families, nephews Dan and Brad, Mike and Chris, and their families. So many cousins, aunts & uncles, in-laws and friends. And his faithful companion Molly.

Rest in peace David, you deserve it.