A new bus service that may be handy for people coming to New London from Fishers for a local trip to the doctor, or groceries or to pick up a car being fixed.

“A new pilot program called NL SmartRide started Monday, allowing people to call from their homes to get a small, microbus to pick them up from home and bring them to a destination within the city.”

Find out all about it at this link in blue: 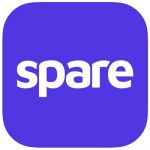 “It’s an on-demand public transportation service similar to ride-hailing systems like Uber and Lyft. All users need is an app on their phone called Spare Rider, which will allow them to call for the bus and get a ride right to where they want to go within the city of New London. People can also call the Southeast Area Transit District (SEAT) at 860-934-5234, the dedicated line for the SmartRide service.

“We wanted to try to develop a public transit system within the city that people would use,” Mayor Michael Passero said. “One of the things we’ll be checking on during the pilot period is like how long we’re waiting.”

For the first six months during the pilot period, the rides are free. After that, they are the same price as other city buses. Those rates are $1.75 per ride or a discounted rate of 85 cents for those who qualify.

Side note: If people feel funny not being a resident of NL but using the service they should know that the Fishers Island Ferry District pays plenty in property taxes in New London to support Fishers’ use of the service there.