Fall Back! for Daylight Savings Ends 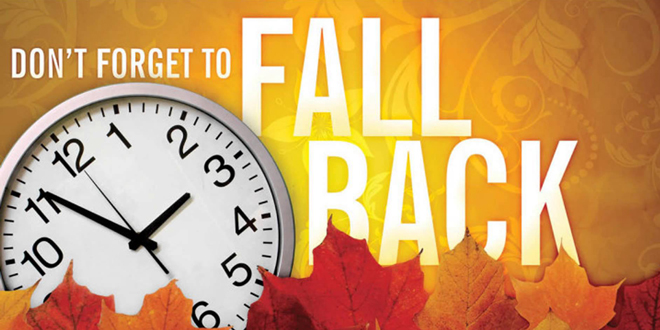 Arizona (except for the Navajo nation) and Hawaii, with the U.S. Virgin Islands, American Samoa and Puerto Rico have chosen not to switch to Daylight Saving Time, but remain on Standard Time through the year.

Today we use the terms “Spring forward” and “Fall back” to help us remember which way to turn our clocks – officially at 2 a.m. on the second Sunday in March and the first Sunday in November.  For some it means remembering how to change their digital clocks – especially in some cars, and realizing it has already happened on their computer and cell phone when they awake.