Op-Ed: On the Ballot, consider five amendments to the NY Constitution 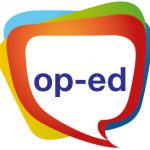 This November, more is on the ballot than the candidates for local office. In addition to picking our town’s next government, voters should turn over their ballots and consider five amendments to the New York Constitution.

Two of them remove obstacles to making voting in New York easier; one empowers people to protect and clean the environment; one tinkers with New York’s flawed redistricting process; and the last shifts which courts in the city hear certain lawsuits. Whatever people think of the those last two topics, I urge everyone to vote “YES” on the ones relating to voting and the environment.

New York’s constitution currently requires people to register to vote at least 10 days before an election, which is a better deadline than the 25 days before an election that New York law currently provides. Nonetheless the constitutional provision is an obstacle to the voter-friendly policy of same day registration. A “yes” vote on ballot proposition 3 would eliminate this barrier, clearing the way for the state legislature to create same day registration.

The other barrier to voting that we can eliminate relates to voting by mail. New York is one of only 17 states that require voters to have an excuse to vote by mail, and that requirement is embedded in our constitution. Again, allowing people to have the freedom to choose to vote by mail if they want to is good policy, not partisan politics. States as diverse as Alaska, Florida, Georgia, Pennsylvania and Vermont let their citizens vote by mail if they feel like it. Why can’t we New Yorkers? Passing proposition 4 would clear the way for the legislature to give us the freedom to vote by the method we want, just because we want to. Please vote yes on ballot proposition 4.

Proposition 2 is different in kind; instead of eliminating language from the state constitution to remove barriers, it would add language and give us a new right: the right to clean air and water, and a healthful environment. Although that might sound obvious and anodyne, there is a big difference between a general feeling that we shouldn’t be poisoned while we breathe, drink water, or generally experience our environment, and having a constitutional right to not be poisoned. The difference is enforcement. If we give ourselves this right, we give ourselves a seat at the table when major decisions are made that impact our air, water, and environment. If we vote yes on 2, we can give ourselves leverage on topics such as when to clean up an existing superfund site, for example, or what constitutes “clean”.

Want to learn more before you decide? Read the official text and summaries of all the propositions on the website of the New York State Board of Elections. On the right, under “2021 Elections”, you’ll find a link for “2021 Statewide Ballot Proposals”. Nonpartisan groups have good information on their websites as well, such as the League of Women Voters and Common Cause.

Early voting begins on October 23 [on Long Island], and Election Day is November 2. Please make your voice heard, both on the future governance of our town, and on the social contract that is our state constitution. And if you vote early, on the weekend, say hi; I’ll be working the polls.

Five Amendments to the NY Constitution: Find the five ballot measures being voted on and learn more at the link here: https://www.elections.ny.gov/2021BallotProposals.html.

Learn more about the candidates at: