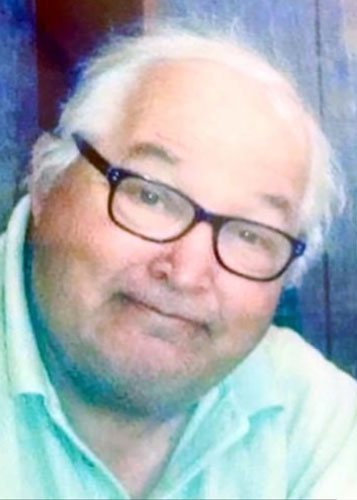 The life of Benjamin F. Burdick Jr. of New London has changed course and set sail over the horizon seeking new adventures with his Westie, Kate, his loving companion of 18-years, by his side. He passed away Oct. 18, 2021, after a short illness that he fought with strength and dignity.

He will be missed by his wife of 57-years Joanne Meehan Burdick; daughters, Elizabeth Burdick (Lloyd) of Waterford and Erin Mahony (William) of New London; sons, Benjamin F. Burdick V (Kelly) of Plainfield, Peter Burdick (Erica) of Cromwell and William Burdick (Chenoa) of West Bridgewater, Vt.; brother Reid Burdick (Ann) of New London; and sister Nancy Burdick of Waterford; and was “Uncle Benny” to many nieces and nephews. His boyhood friend, Stan Bowdish regularly visited him at Beechwood where Ben heard every word and appreciated his love.

“Grampy” will be remembered by his grandchildren, Nick and Drew Rasmussen, Daniel Scalera, Sarah, Abby and Sam Burdick, Will Mahony, Benjamin F. Burdick VI and Shane Burdick and Joben and Kinsley Burdick; as well as his first great-grandchild, “Augie”. They all brought a smile to his face while they lined up hugs when he asked for the sports report and how they were doing in school.

Ben lived a full life. He grew up in New London, playing in the woods off Vauxhall Street with boyhood friends. He attended New London High School and then ventured off to do a 9-year stint in the U.S. Army as Military Police, where he trained dogs for combat. He continued his career as a police officer in the Town of Groton and East Hampton.

He married Joanne Meehan in 1964 at St. Mary’s Church. They relocated to East Hampton, to pursue his 25-year career at CL&P and raise his family. He was a long-time police officer and an active member of the community, sitting on local Boards. He was a member of the Cobalt, CT Fire Dept. and drove the ambulance. Ben loved raising and showing dogs and was an avid hunter.

Ben was a proud 50-year member of Anchor Lodge #112 AF & AM in East Hampton, as past Master. He was a boy scout leader, enjoyed coaching soccer and basketball, was an avid league softball player and a staunch Republican. He was also a member of Ballard Hobart Post 36, American Legion in Ludlow, Vt. His goal was to live to 80 and he made it this year.

Following his retirement, Ben returned to his beloved New London, earned his captain’s license, operated his lobster boat and sailed the Fishers Island Ferry. He loved the ocean, fishing, his close brotherhood of fishermen and gathering with Tom and the crew at Ocean Beach in the morning to “solve the world’s problem.” He was also a long-time member of the Parking Commission.

In Ben’s honor, smile and have good conversation with friends and family, his favorite pastime. In lieu of flowers, donations may be made in his name to the Emily Eshenfelder Foundation, 80 Hamilton Street, New London, CT 06320.

The funeral service will be held at 10 a.m. Thursday, at St. James Episcopal Church, 76 Federal Street, New London. Interment following at Cedar Grove Cemetery. Byles Memorial Home, 99 Huntington St, New London is assisting with the arrangements. Please www.byles.com for directions, to sign the guest book or to share a memory.