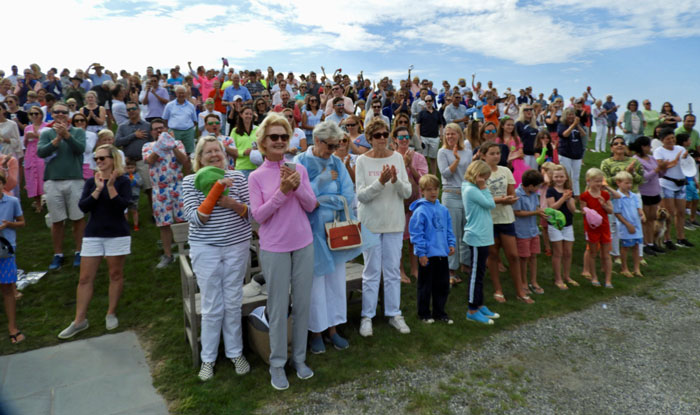 The 50th HOG was a smashing success as we had 156 golfers supporting the Island Health Project. Many thanks to Susie Parsons and her team of helpers for all the effort and time spent in making the event seamless.

The event kicked off with the traditional morning breakfast buffet on the Club lawn. It is always exciting to see the costumes and feel the spirit of anticipation leading up to the parade and “golf” activities! The parade began with our Golf Staff presenting a skit in support of the 50th HOG which featured a stirring rendition of the National Anthem by assistant Patrick Gilbride.

All the skits were creative and well done. “Free Brittany” stole the show and won “Best Skit”! 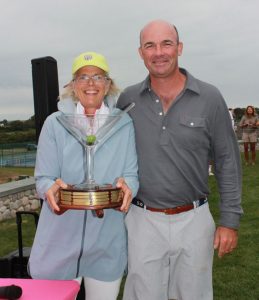 The Bartol Award, which encompasses the spirit of the HOG, went deservedly to Bob Warden or King Bob as he was dubbed for the day!

It is rare that the Low Gross score beat the Low Net score but “Only on HOG Sunday” as Chad Doerge, Win Ghriskey, John Ryan, Bryce O’Brien, Stett Trippe, and Jared Soper won with a 45 plus they also captured Best Costume!

Low Net went to the team of Emmett McElwreath, Jake Ludemann, Dan Gillan, William Campbell, Luke Forand and Nick Holguin, won on a match of cards with a 48.

Closest to the Pin– Watson Cheek

PS: If anyone has a video of the Golf Staff skit, the Pro Shop would love to have a copy.