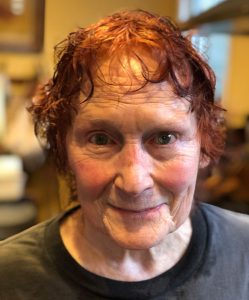 Elsa Rivers died on September 2, 2021, outliving her own prediction by years, multiple times over. She is survived by her only (and much adored) son, David Rivers (surely the most patient man on the planet), and the love of her life, William Lynch (the second most patient man on the planet). Bill and Elsa found each other again, after decades apart, and proved that it’s never too late to find love and live life to its fullest. She also leaves her daughter-in-law, Hagan and two grandsons, Kaylen and Brayden. Those boys could draw out her incandescent smile just by walking into the room with her. Her extended family includes her brother Joe Huback (who died in 2019), her nieces Kristin, Shannon, and Patricia and their families, and a number of discovered relatives in Austria that she visited with David in 2015. Honorable mention goes to Bill’s children and their families, whom she loved as her own.

Elsa was born on November 22, 1939 and grew up during a time of scarcity, which is probably why she never threw away anything that could potentially ever be reused for any reason. Her household collection includes 40 year old shampoo and conditioner, approximately 1.2 cubic yards of candles, and a 25 year old cake in the bottom of her freezer – don’t ask. She was clever and resourceful, often repurposing things to new and novel uses: a bleach bottle becomes a boat bailer and later a dog scoop, a hair coloring bottle becomes an applicator for laundry stains. She liked to fix things and she enjoyed being in charge, which is probably why she had a career in Nursing.

Elsa was a skilled pianist and completed her musical bucket list by making it through Beethoven’s “Tempest” error free (at least during practice). Music delighted and transported her. As a child, her son David would lay under the family piano with the dogs and listen to her practice a piece, hit a bad note, yell a swear word that rhymes with spit, then start the passage again. And again. Until it was perfect. She always expected perfection from herself.

Elsa was fierce and fearless and has, over the years, been found at the top of a 40’ tree – trimming vines out of it, if you must know; upside down inside a septic tank – checking for quality; or turning a ferry boat around by sheer force of will – she was 5 minutes late, of course, but they came back to the dock just for her. In fact, she lived a life in defiance of clocks and schedules of all kinds. She always arrived on her own schedule and in her own time – at her son’s wedding she was up all night folding origami cranes – well past the deadline, and on one memorable occasion she was a day late for Christmas celebrations. The world bent to her, and not the other way ‘round.

She played hostess to a parade of visitors to her vacation home every summer, soaking in every minute of good times with friends and family, both. She was game for anything and everything: trips to the beach, a late night playing Cards Against Humanity with the kids…and at every opportunity, she would get out on the water with her son, catch the wind, and listen to the waves. She cherished her time with family and friends, and welcomed all into her home with love and laughter.

You could always find Elsa with her dogs (Rhodesian Ridgebacks, every one of them). The breed is renowned for their good looks and stubborn nature (ring a bell?). Unsurprisingly, Elsa took the most stubborn dog breed she could possibly find and then bent the poor dogs’ will to perform in agility competitions with her: run through tunnels, up and down ramps, over jumps, through weave poles. And yes, they won ribbons in competition, crates full of them. Of course they did.

If you think some of these tales are overblown, enjoy this one: a state trooper pulled over in the middle of the night, and found her huddled in the back of her broken down car in Connecticut with one of her dogs. She was freezing, and two days late to her second grandson’s birth. The officer told her, “I can take you to the station to warm up, but the dog stays here.” An argument ensued. By now, you should not be surprised to know that she and her dog both ended up in the warm lobby of the police station, waiting for her daughter-in-law to pick her up. She out-stubborned a state trooper on Thanksgiving day. Good times.

After a stroke in November of 2015, Elsa was, for a period of time, only able to say two things: “I love you” and a naughty word that rhymes with “duck”. It turns out that she could accomplish and express a great deal with that simplified vocabulary. However, she missed being able to adopt her usual role of Overseer, with detailed instructions on how she wanted everything – from loading the car to making dinner – done properly. Through hard work and sheer force of will, she managed to regain most of her speech and was able to resume her role as queen of the household and general boss of everyone (well, mostly Bill) for the last few years of her life. And oh, how we will miss all of that. If you want to remember Elsa, pick up the phone and call someone you haven’t spoken to in a long time. Tell them what they mean to you. Say both “I love you” and a naughty word. Laugh together. Remember that life is precious and beautiful.

IN MEMORIAM: Elsa Rivers Online memorial gathering on September 18, 2021 at 2:00pm. Please RSVP and share a memory at the Virtual Memorial Gathering for Elsa Rivers HERE 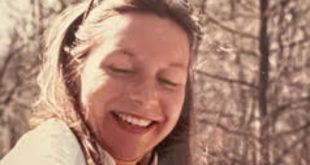