The Cape Henlopen has a rich history – the ferry is one of the few vessels that served in World War II that’s still in service. 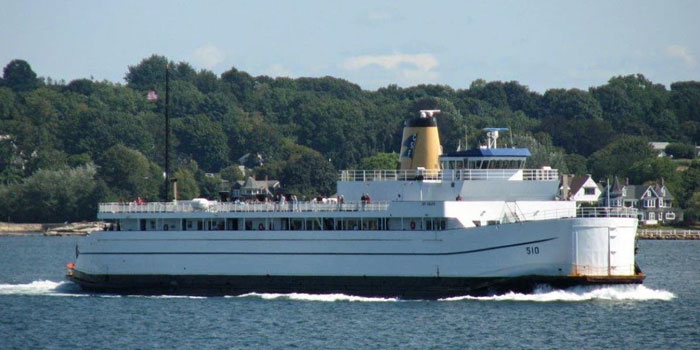 ORIENT POINT, NY— A vessel in the Cross Sound Ferry’s fleet, the Cape Henlopen, was honored September 21, 2021 by the Steamship Historical Society of America, earning the “Ship of the Year” award.

The Ship of the Year Award is given in recognition of a significant milestone or any accomplishment contributing to the historical importance of the engine-powered vessel, the Cross Sound Ferry explained.

“The Cape Henlopen has the honor of being one of the oldest operating ferries in the world and one of the few ships who served in World War II still in active service,” the Cross Sound Ferry said.

One of the highlights of the ferry’s service was participating in the invasion of Normandy on D-Day, dropping off 200 men and 70 vehicles of the 29th Infantry Division and taking on wounded men for treatment, the Cross Sound Ferry said.

The vessel was used throughout the war, transporting troops and vehicles east and casualties westward across the English Channel, “though bad luck saw her needing repairs following collisions with other ships and underwater obstructions. She was being prepared for the Pacific Theater when Japan surrendered, and earned one battle star for her World War II service,” the Cross Sound Ferry said.

After a period of inactivity, the Cape Henlopen was decommissioned and sold to the Chesapeake Bay Ferry District of Norfolk, Virginia, where she began a second career.

“Over the last several decades, she has operated between Lewes, Delaware, and Cape May, New Jersey, for the Delaware River and Bay Authority, and currently between New London, Connecticut, and Orient Point,” the Cross Sound Ferry said.

To learn more about the history of the Cape Henlopen (aka USS LST 510) please visit this link. It includes interviews by US LST Association Scuttlebutt Editor Zach S. Morris with several who served on the ship in Normandy.

FishersIsland.net Editor’s Note: Fishers Island Ferry District’s General Manage Geb Cook said, ” I share this Cape Henlopen story because everybody who rides our boats sees it and our very own Mary Kirby/FIFD part time deckhand is also a First Mate on the Cape Henlopen.”