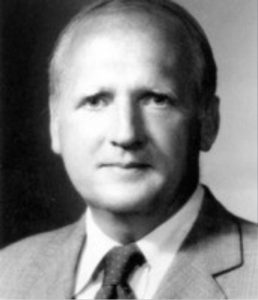 Lee is survived by his wife, Helen Marie Getz, whom he adored. The couple married in 2009 and resided in Greenwich, CT and Hobe Sound, Florida. They enjoyed traveling the world together, often setting sail on a luxury cruise ship for fanciful ports of call. He is survived by three sons, Peter Leland Getz (Anne), Robert Hinman Getz (Jeanine), and George Hinman Getz (Dana), all of whom live in Greenwich. He was pre-deceased by their mother and first wife Constance Hinman Getz. He was the grandfather of seven: Axel, Beau, Charlotte, Charlie, Isabel, Max and Millicent. Lee was born on April 16, 1929 in New York City to Charles Leland Getz and Margaret Meyer Getz and was the youngest of three brothers.

Lee attended The Edgemont School and The Hill School. He received a B.A. from Yale University in 1951. Following graduation, Lee joined the U.S. Marine Corps, serving in the 1st Marine Division. Lee was deployed to combat in the Korean war where he attained the rank of Captain and led Marines in battle as a Rocket Battery Company Commander.

Lee was proud of being a Marine and Yale graduate and had a lifelong love of both and exemplified their respective mottos of Semper Fidelis and Lux et Veritas.

Following military service, Lee began his career at Hanover Bank, working in the national division through the merger that formed The Manufacturers Hanover Trust Company. In 1969 he left banking and together with his friend Russ Reynolds, they co-founded Russell Reynolds Associates. It became one of the most preeminent executive search firms in the world. The firm opened offices around the globe and in the process, Lee developed numerous relationships, friendships and a passion for travel. In his later years, Lee was an active private investor backing several successful growth companies.

Lee was a gentleman with an outgoing and vibrant personality. He loved parties, events and gatherings of all kinds. He was known for his sense of humor, engaging conversation and quick wit. Lee loved and was proud of his family, enjoyed many cherished friendships, the game of golf, gardening and landscaping, and was a most accomplished bridge player.

A sports enthusiast, Lee avidly researched and followed major athletic events. On occasion, he was known to enjoy a small competitive wager with friends.

Lee was a prolific reader of books, newspapers and newsletters, and an expert at the New York Times Crossword puzzle. He was always on “stock watch,” never failing to read his daily fax of quotes sent by his devoted assistant of 25 years, Gloria DiNardo.

He was a long-time member of the Round Hill Club, Jupiter Island Club, Fishers Island Club, and the Blind Brook Club, amongst others. He was an enthusiastic member of the United States Senior’s Golf Association. His short game skills often came through for him during competition.

Lee, Connie and their family moved to Greenwich from New York City in 1964. While raising three young boys, Lee enjoyed his role as Commissioner of the Town Youth Football League. Lee was inspired by childhood summers spent at Camp Dudley where he learned the value of “The Other Fellow First.” He made sure his three sons and grandsons attended Camp Dudley as well.

The family would like to thank Oscar Caal, Lee’s caregiver and loyal friend for his support.
A private family service and interment will take place at St. Barnabas Episcopal Church in Greenwich, CT. Plans for a memorial service will be made for the fall. In lieu of flowers, donations may be made to the Semper Fi Fund (semperfifund.org) or to St. Barnabas Episcopal Church of Greenwich.