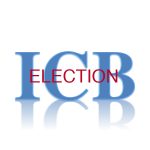 The Island Community Board (“ICB”) continues its work on behalf of the entire Fishers Island community as the central forum for the discussion and promotion of island priorities to the Town of Southold.

The ICB is comprised of both Elected and Appointed Representatives. The six Elected Representatives are comprised of three Year-Round reps and three Seasonal reps. The 12-14 Appointed Reps come from all of the major island organizations including our tax districts and other major entities. Elections are held each August, with seasonal ICB members voting for seasonal reps, and year-round ICB members voting for year-round reps.

This August 2021, the ICB will be electing one new Seasonal Representative and one new Year-Round Representative for up to two consecutive three-year terms. These newly elected representatives will replace two current representatives whose terms are expiring this year. A Nominating Committee has been formed. The ICB asks that any year-round or seasonal member of the community put forth his or her name to the ICB for consideration and nomination. Voting will take place the third week of August.

Interested candidates should contact either Willard Soper, ICB President, or Dicky Riegel, Governance Committee to express their interest before August 6, 2021.  Contacts are: