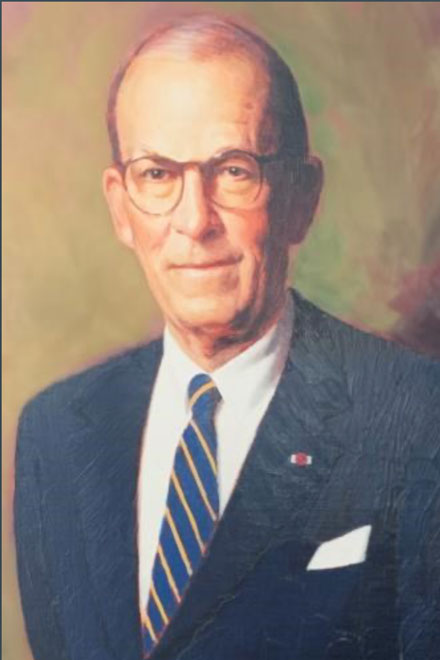 Dr. R. Robinson “Bricks” Baker, a retired Johns Hopkins surgeon and teacher known for his work with breast cancer and lung transplants, died April 19, 2021 of dementia complications at his home in Owings Mills. He was 92.

Born in Baltimore raised in Roland Park and Ruxton, he was the son of Frances Robinson Baker, a Johns Hopkins School of Nursing graduate, and her husband, Henry Scott Baker, vice president in charge of finance of the Hopkins Homewood campus.

His late brother, Henry Baker, gave him the name “Bricks” because he was stubborn.

Dr. Baker was a 1946 St. Paul’s School for Boys graduate and earned a chemistry degree from Johns Hopkins. He played lacrosse and was a member of the school’s winning 1950 team. He remained an enthusiastic lacrosse fan and was honored with his 1950 team on its 60th anniversary.

He met his future wife, Jean Hogarth Harvey and they married in 1953 at the Episcopal Church of the Redeemer. He entered the Johns Hopkins School of Medicine in 1950.

After graduation from medical school, he became an intern in the surgery department and after six years, chief resident surgeon. Dr. Baker was named professor of surgery and oncology in 1975.

After his retirement from clinical practice he served for several years on the Institutional Review Board, which oversaw research programs in the Johns Hopkins School of Medicine, and was a member of its admissions committee.

Dr. Baker and his wife and family lived in Roland Park. He later moved to an Owings Mills farm, where he loved to garden on the weekends. He also maintained a home in Fishers Island, New York where he loved to play golf.

Dr. Baker was a member of the American College of Surgeons, the Southern Surgical Society, the Elkridge Club, Fishers Island Country Club, and Hay Harbor Club.

Services are private at St. Thomas’ Episcopal Church, Owings Mills, where Dr. Baker once served on the vestry.

Segments above from the full Baltimore Sun article Found HERE