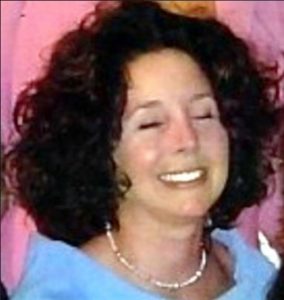 Moving to Salem at an early age, she attended local schools, and graduated from East Lyme High School. She later received her undergraduate degree from New Haven University. Went on to receive her master’s degree from University of Connecticut, and her MBA from Pepperdine University.

She was an amazing mom, which was the most important aspect of her life, devoting all her love, and time, to her three children. Cynthia was currently employed for Pfizer Co. in New London.

Besides her parents, she is survived by her three children, William Stadler, Avery Stadler, and Keegan Stadler; and her brother, Sean O’Brien of Virginia.

Her family received relatives and friends Wednesday at the Impellitteri-Malia Funeral Home, 84 Montauk Avenue, New London. A Mass of Christian Burial was celebrated Thursday, in Our Lady of the Lakes Catholic Church, 752 Norwich-Salem Turnpike, Oakdale. Interment to follow in Salem Green Cemetery, Salem.