For Review: Proposed Updates to the ICB’s By-Laws

Thank you again for all of the Community’s involvement with the ICB, in particular over the last 14 months as we have been forced to adopt the online Zoom platform to host our various ICB forums.

As discussed at the April meeting of the Island Community Board, Willard Soper, George De Menil and I have been working with counsel Michael Roberts on updates to the ICB’s By-Laws, which govern how the organization functions and acts.

Attached is the summary of the recommended updates to the By-Laws that were shared on-screen and discussed at April’s meeting. As promised, we are now sharing these recommendations by email, on the website, and physically posted to solicit any feedback or comments from the community.  They are fairly straightforward:

Ultimately, we intend to present the recommended changes at the May ICB meeting and adopt them at the June ICB meeting.

Thank you again for your participation in the Island Community Board process. 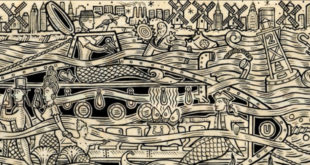