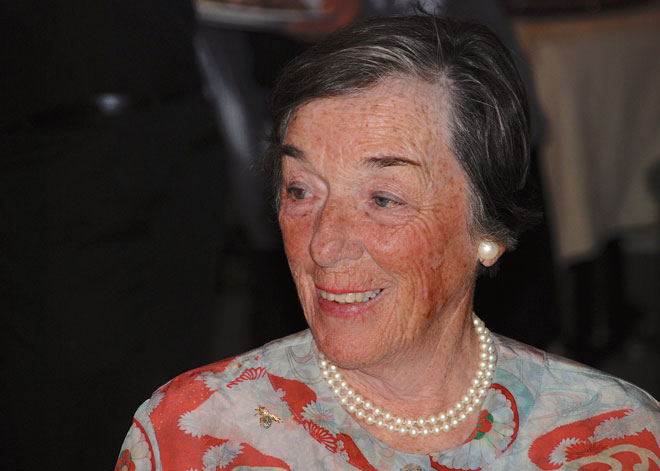 Sarah (“Sally”) Strife Cashel died peacefully at home on March 8, 2021. She was dearly loved by her husband of 62 years and her large family. She was born on July 11, 1931 in New York, New York, the daughter of the late Dr. Cyril Frederick Strife and Edith Murphy Strife of Hartsdale, New York. She attended Sacred Heart Convent in Albany, New York, and graduated from Sacred Heart Convent in Greenwich, Connecticut. She received her BA degree from Rosemont College, Philadelphia, Pennsylvania. She also completed by extension the program for Theological Education for Ministry from the School of Theology of the University of the South.

She and her husband maintained a summer house on Fishers Island, New York, for over four decades, where she enjoyed working in her large garden; and resided in Mountain Lake, Lake Wales, Florida, for many years preceding her death. She was an intelligent, generous person of strong character and faith, and there was something special about her that led people to admire her. She held to the view that one should treat all people with dignity and respect, and did so, in word and deed, over and over with kindness and grace, doing things because they were the right things to do. She was a hospice volunteer, eucharistic minister, guardian ad litem; she worked with the AIDS Action Committee in Boston, and participated in the  Boston Living Center helping to provide services for AIDS patients. She was active in her church at Fishers Island, and also served on the Board of Mountain Lake Community Service, and on the advisory boards of the Green and Gold Foundation and The Family Literacy Academy in Lake Wales. A dedicated wife, mother, volunteer, and community activist, she worked for the less privileged and the sick, and was invested as a Dame of Malta in the American Association of the Sovereign Military Hospitaller Order of Saint John of Jerusalem of Rhodes and of Malta, at St. Patrick’s Cathedral in New York.

Covid rules allowing, a Mass will be held at Fishers Island’s Our Lady of Grace Chapel on July 17 at 11:00 AM. Burial will be private.